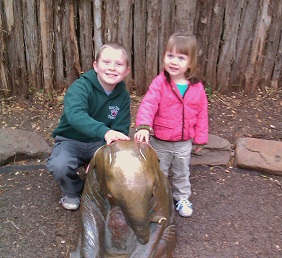 This is Raine and Dawson (one of her favorite babysitters) last December at the zoo. Raine LOVES Dawson. She is constantly talking about him and always wants to know where he is. On multiple occasions she has excitedly shouted, “there’s Dawson” right in the middle of Sacrament Meeting as he passes the sacrament or gives a talk.

Last Sunday, Dawson brought Raine a book which she was looking at as the meeting started. Just as they were preparing the sacrament, Raine got to this page: 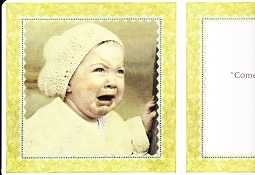 She kept saying, “baby’s sad” over and over again. I didn’t really look at her until about the fifth time she said it. When I did, I realized that she had big ‘ole crocodile tears running down her face. I pulled her onto my lap and turned to the end of the book to show her that the baby was happy, but she kept turning back to the sad picture and saying, “baby’s sad.” So I closed the book, set it aside, and tried to focus her attention on the sacrament.

She started crying. . . . Not the two-year-old fit kind of crying but the sad, break-your-heart kind. I tried to reason with her about the advantages of being quiet so I didn’t have to take her out in the hall. I thought it worked at first, but then in the saddest voice you’ve ever heard she said, “I need to go out in the hall” and then started sobbing. I had no choice, so I climbed over Elder and Sister Jenson and carried her out of the chapel.

After the meeting I had no fewer than three different people comment about poor Raine having to be taken out of the meeting. Why? Because this is literally the first time that I have ever taken Raine out for a reason other than to feed her when she was a baby.

So from now on, all books will be censored for “intense emotional portrayals” before being given to Raine!

We took the kids to see BYU and super-star Jimmer Fredette play TCU yesterday. Even though the final score was 79-56, with 23 of those points scored by Fredette, it really wasn’t the most impressive showing. Regardless, we had a load of fun watching. 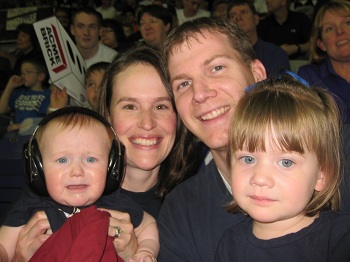 Despite Carter’s distressed appearance in the previous photo, that was only a result of the way I was holding him (and how long DJ took to push the button). The rest of the game he looked like this: 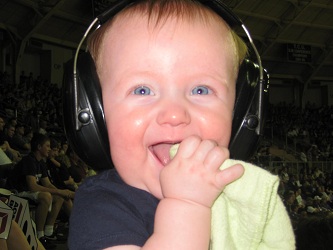 Raine’s favorite part of the game was watching the “crazy guy” (aka the horned frog mascot). She couldn’t wait for the time-outs so he would run onto the court and dance or flip. The whole time they were playing she would ask, “Where’s the crazy guy? Mommy, where’s the crazy guy?” 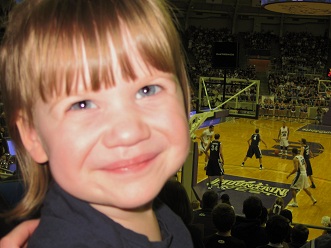 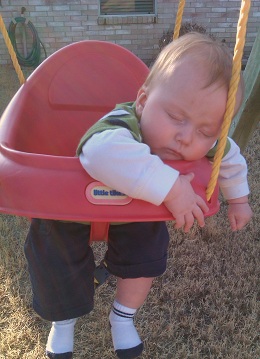 Carter today in the swing. (He had a pretty good line down his forehead from that rope.) 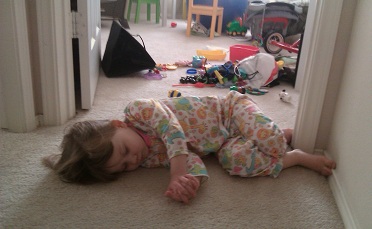 Raine on January 28. (Look at that playroom in the background and you’ll know why she was so tired.) 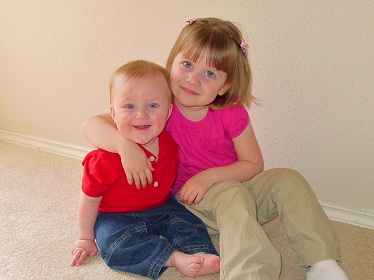 The Big Game was in our backyard (+7 miles) this year. The ice really put a damper on the festivities this week so we didn’t get a chance to see anything. But this afternoon it was warm enough to walk up to the top of the hill in our neighborhood where we could see the stadium. We expected to see some blimps or something, but there was nothin’. 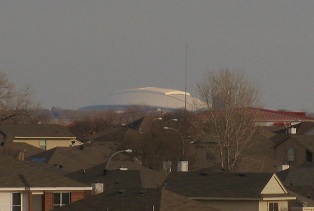 So we fed the ducks and played at the playground until the storm front got so close that we were afraid we would get soaked if we waited any longer. 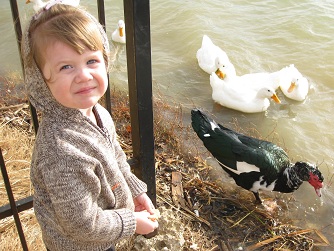 Last week we had temperatures in the 70’s so we did a lot of playing outside. We did some trike riding. 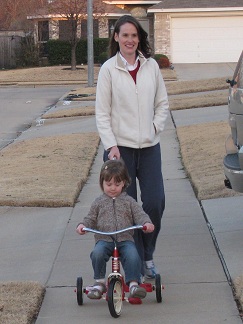 And lots of swinging. 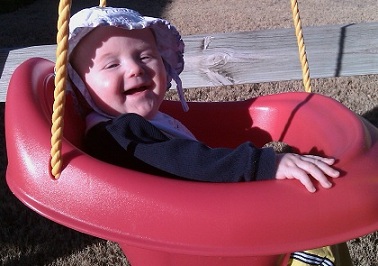 But then Tuesday morning we woke up to the remnants of a sleet storm and temperatures in the teens. This may not look like much, but this little bit of ice shut down the entire metroplex for FOUR days. 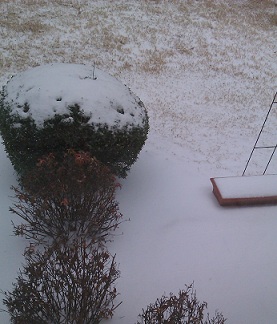 School was canceled, DJ’s office was closed, and the roads were impassable so we were all stuck in the house. Tuesday we decided to cook. We made bread and Valentine cookies. 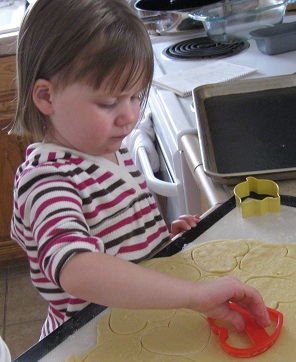 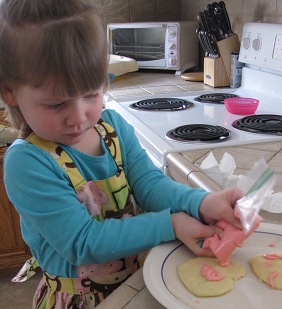 Thursday we busted out all the games that I had stashed in the top of my closet — Hungry Hungry Hippos, Candy Land, and Hi-Ho Cherry-O. 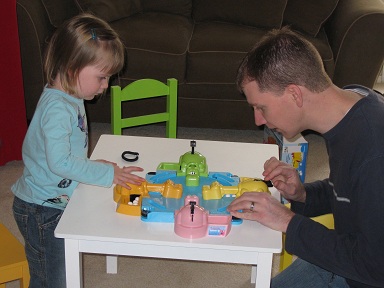 Carter kept busy with the Mega-Blocks 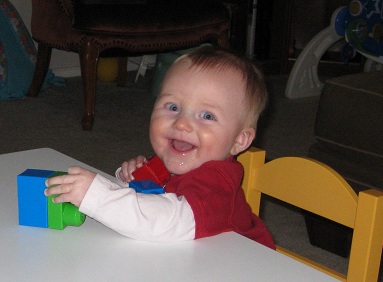 Friday was supposed to be the day that it warmed up, but we woke up to this. 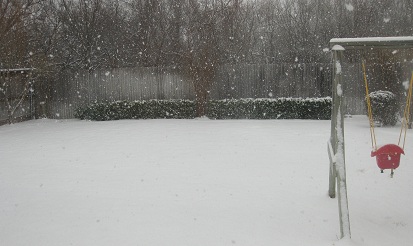 So once again we were all stuck in the house. Raine wanted to “walk in the snow” (not “play in the snow” just walk) so DJ took her out at lunch time. They were out there a lot longer than I thought they would be and they came back in soaked, pink-nosed, and smiling. 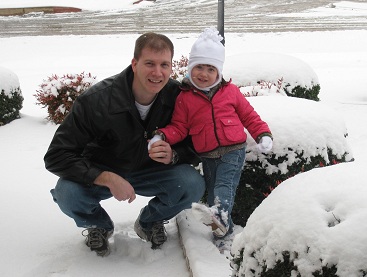 Luckily the sun came out Friday afternoon and melted the roads enough that we could go out for our weekly family date-night.