Raine has lost four teeth in the past two weeks, earning herself the nickname of Toothless Lou!

The first one fell out the day before Easter (Saturday, April 19). It was hanging at weird angles until mid-afternoon when it finally gave way. 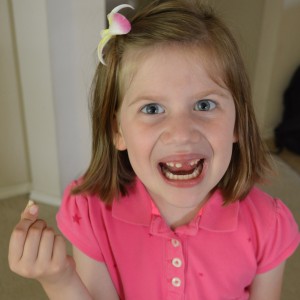 The second one fell out while she was brushing her teeth later that evening. At first, we thought it went down the drain. But fortunately, Daddy found it on the bath mat. 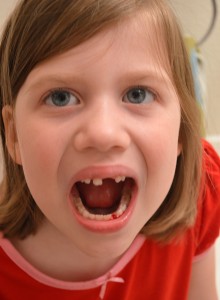 Less than a week later, on Friday (April 25), the second front tooth came out. We were very happy to see that little snaggletooth go! 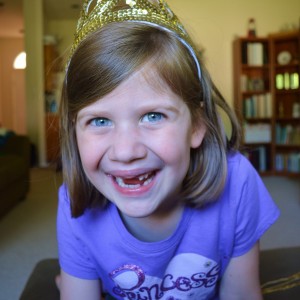 The fourth one came out less than a week later on Thursday, April 30. Here she is on May 1 when all the kids got to wear their favorite college t-shirt in honor of college signing day. 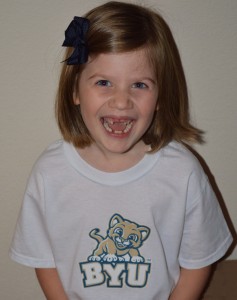 The tooth fairy made a lot of visits to our house. (She almost screwed up one, but made it at the last minute.) Now Raine has $12 to spend.

Everything Raine eats now gets gnawed off with her back teeth and she talks with a noticeable lisp! Hopefully it won’t be permanent. This really isn’t the most attractive stage of a child’s life!