Raine loves performing arts, she is a right-brained child in every way. When she heard about the school talent show, she HAD to participate. Unfortunately, she has a left-brained mother who knows nothing about these things. She was not going to be deterred though. She got together with a friend during KidzU and they came up with a “cheer” for the talent show. They did it all themselves. I tried to dissuade them in every way possible but in the end, they were committed to participating and I wasn’t about to crush anyone’s dream.

Raine designed their t-shirts and I ironed it on the night before the dress rehearsal. They were the 30th out of 36 performances so Carter and I sat there in the high school auditorium for 2 hours during the dress rehearsal. This was both a blessing and a curse I figured. Since they were going to be performing after the intermission, at least the audience would be significantly thinner. (Fewer people to say “where was the parental oversight on that one?” Because that is exactly what I would have said! But we really did try. These girls were just so head-strong, and I didn’t have time to get them together outside of school, so any influence I tried to exert was fruitless. At least it was short!)

April 22, the night of the big event, Raine and Erika striking a pose for the paparazzi. 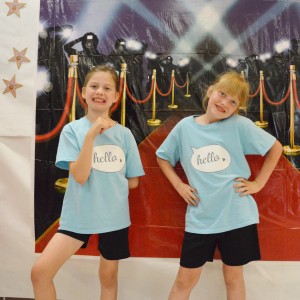 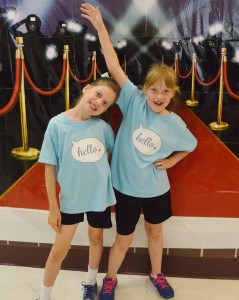 Here they are on-stage. 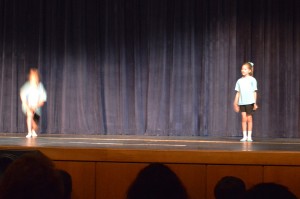 After the show, with her flowers. 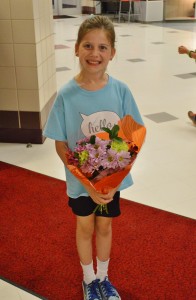 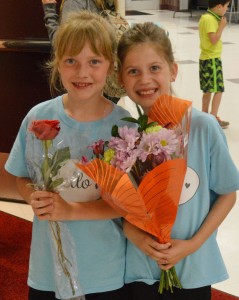 I really am proud of Raine for sticking to her plan and not letting anyone talk her out of pursuing her dreams. I’m also impressed that she wasn’t intimidated by what others were doing in the show. Their act was sandwiched between a 5th-grade girl who played the harp like a concert master and a vocal duet. There were a number of disturbingly impressive acts in the talent show — but I guess that’s to be expected in the area we live. However, Raine did her thing and never compared it to anyone else. I hope she can maintain that throughout her teenage years because it will save her a lot of insecurity!

We love family bike rides! The Cotton-belt trail is not too far from our house so we take advantage of it on nice spring days. 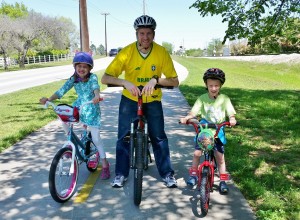 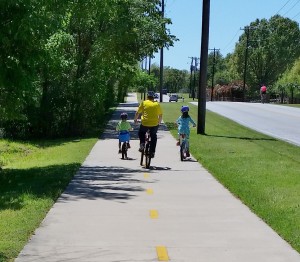 There was a field of bluebonnets along our route. 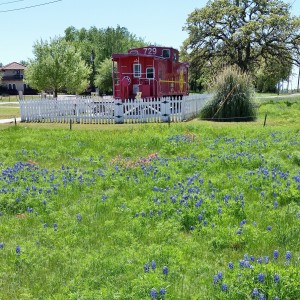 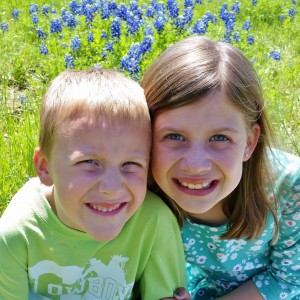 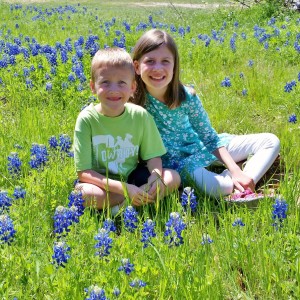 Jumping on the trampoline is another of our favorite activities. 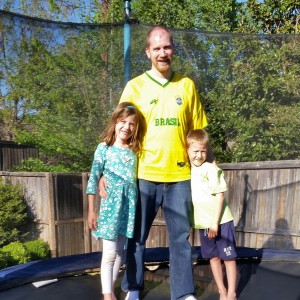 I love how tired it makes them! 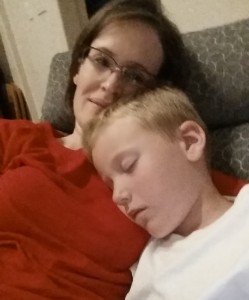