Yesterday Carter had a skateboard lesson at Alliance Skate Park. His awesome teacher Trent helped him with his kick-turns, taught him how to do an ollie, and worked on dropping-in with Carter. The video shows it all. Carter really, really wants to learn how to skateboard and is willing to fall on his bony little tush to learn it (like he did when he tried to drop in all by himself). Every time he gets back up and tries it again, because he wants it. 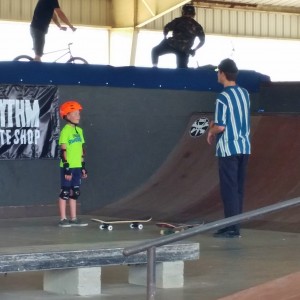 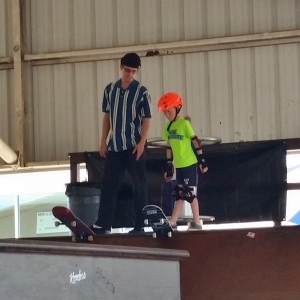 Carter didn’t always have this attitude. Back on March 4, I recorded the following in my journal after taking Carter to the Watagua skate park:

About a year ago, Carter decided that he wanted to learn to skateboard. He bought a skateboard at the local sport store for about $7 and gave it a few runs. After watching the Olympics recently, he stated that he wants to be a snowboarder. Since we don’t have any snow or mountains around here, I told him that he needs to learn how to ride his skateboard because it’s similar to snowboarding.

Carter’s cheap board had some really cheap wheels and bearings so I told him that I would buy him some new ones if he would do 12 extra jobs (essentially a job for every dollar).

The new wheels made a HUGE difference and he has been riding his board every chance he gets (unfortunately we’ve had a record wet February), including to school every day.

Carter had asked me to take him to a skate park and yesterday we finally went. On the drive over he mentioned that he hoped there weren’t any professionals there. In reality, he was hoping that there weren’t many people there at all. To his dismay, it was very crowded when we pulled in. Regardless, he put on his pads and ventured over to the skate park.

Everyone there was at least 5 years older than Carter and all of the skateboarders were at least 10 years older. The place was full of boys on scooters, bikes, boards, and even a few remote-controlled vehicles. It was packed but it was organized chaos. Still, it was a bit much for poor little Carty. He ventured in and fell flat on his side the first time he tried to go up and back down one of the walls. He cried, got frustrated, but went back out. Again he fell. He came back to me the second time saying that he wanted to leave because it was too hard. I told him that if he would go back out there for 20 minutes then I would buy him a slush on our way home. 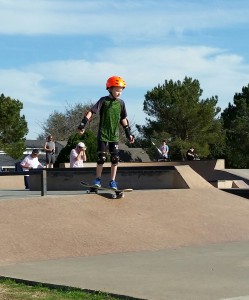 He went back out and within a couple minutes had taken another hard fall. He came back to where I was sitting on “my” skateboard, sat down on the board behind me, buried his head in my back, and cried. I knew that his pride was probably just as injured as his tush because there were so many really good skateboarders there. But I also had seen the way they would sympathetically pick up Carter’s board and hand it back to him when he would fall. They had all been there and remembered what it was like to be a beginner. No one ever gave Carter a look that said beginners weren’t welcome or that he was in the way. I was actually quite surprised by how they watched out for him and I even heard one say encouragingly, “you got it, buddy.”

As Carter sat on the back of my board, crying and vowing to never skateboard again, I gave him a pep-talk worthy of a Hollywood movie! I told him how all of these kids were at least 5 years older than he was and that when they were 7, they skateboarded just like him. I also told him that if he kept skateboarding for the next 5 years then he would be as good as they were. But that if he just went home and cried then he would never get any better. I pointed out that all of them were falling and that everyone was working on something that they couldn’t do yet. I assured him that he would have a good bruise or 2 but also told him that falling and getting bruises was part of skateboarding. I told him that nobody thought he was in the way and that when people were telling him that they were coming down it was just to let him know so that he wouldn’t run into them, not because they wanted him to move somewhere else.

He calmed down and said that he didn’t want to go home yet. He wanted me to go over by the little ramp that he felt like he could conquer — I think he just needed me closer. He got back out there and seemed more comfortable. A bit later he fell hard again on the big wall and came back to me to cry. But this time he didn’t talk about wanting to go home, he had accepted that everyone falls, that it is part of the sport. He was a little frustrated though. His skateboard had long board wheels but softer trucks than mine which had wheels better suited for a skate park but tighter trucks which made it harder to turn. I told him that there was a boarder across the park who had a wrench and I would go ask him to adjust the trucks if he wanted. He agreed and so we ventured over to the skater with the tattoos down his arms and asked if he would adjust Carter’s trucks. He happily did it, saying that it would make it a lot easier to learn.

By the time we left, Carter was all smiles. He had mastered the little hill and felt much more comfortable on his board. The confidence he gained was visible on his face. He now appreciated how hard skateboarding is and was committed to putting in the effort to get better. As a mom, it was really awesome to watch. In a small way, I felt like I was watching my little boy take his first step toward manhood.

We stopped at Sonic on the way home to get a slush and a hot dog. Carter was on top of the world! He had conquered a giant.

Grandma and Grandpa Anderson came to visit us after getting home from their mission to Brazil in February. They brought us Brazilian soccer shirts so we wore them for some photos in the bluebonnets. 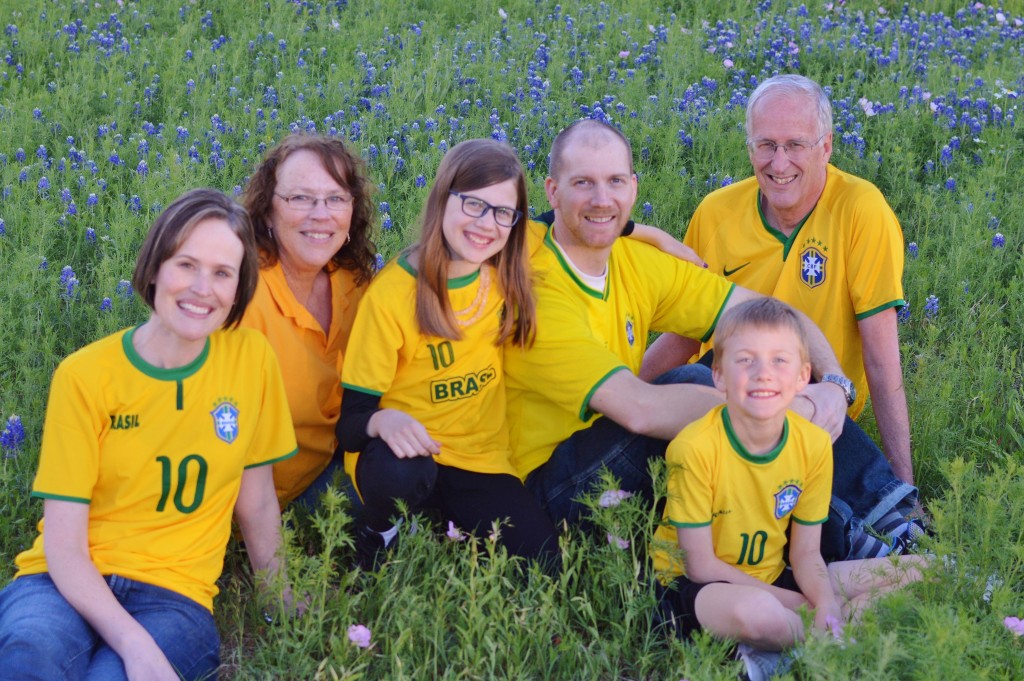 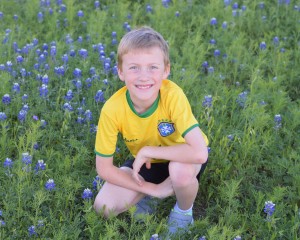 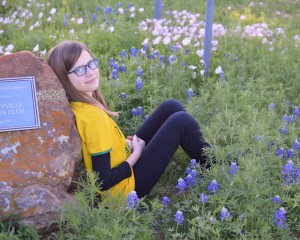 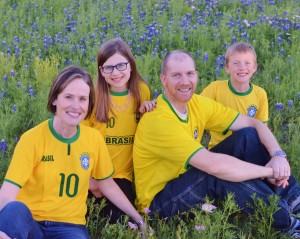 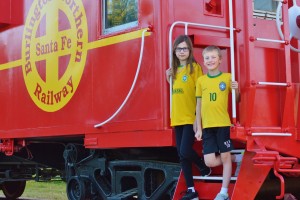 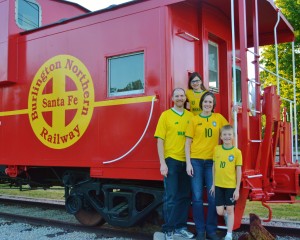 We skated to the Primary Easter Egg hunt at the city park. 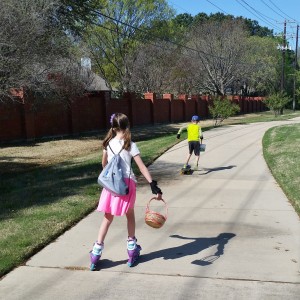 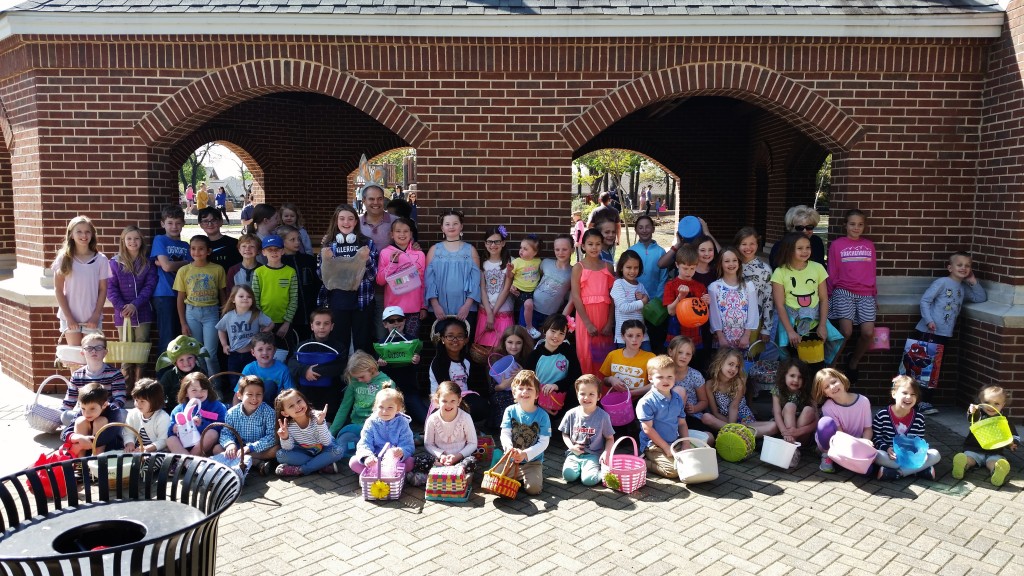 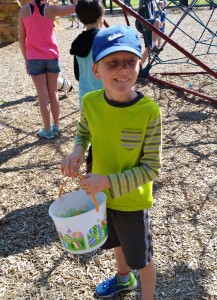 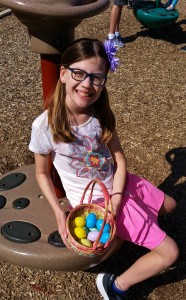 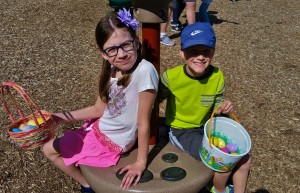 On our way home, we skated to Milwaukee Joe’s ice cream shop — YUMMY! 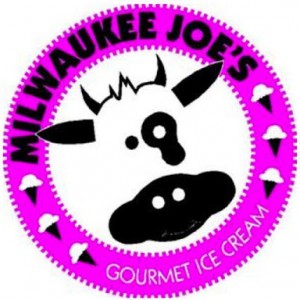 Saturday we had soccer games. 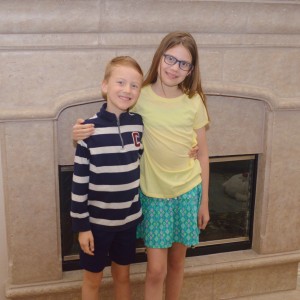 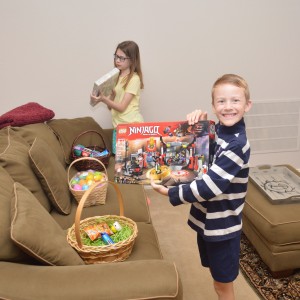 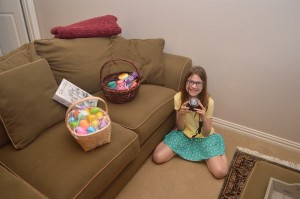 After church we hid the eggs that the Easter Bunny brought. 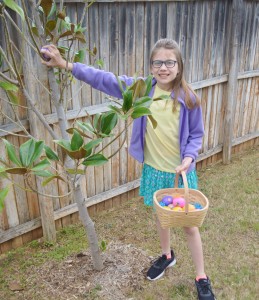 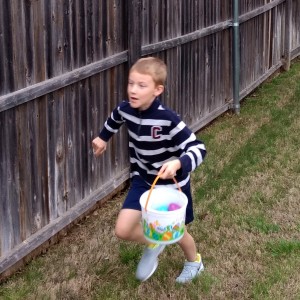 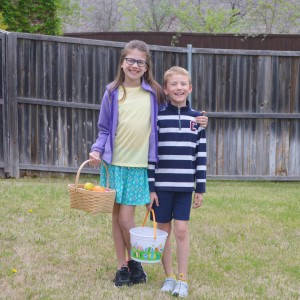 The eggs were full of mini-Lego sets, Squishies, dollar bills, and Reese’s eggs. 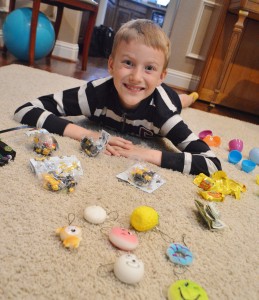 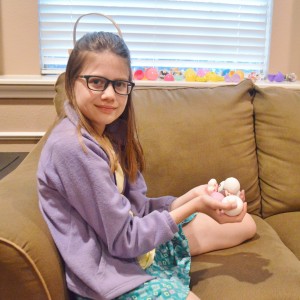 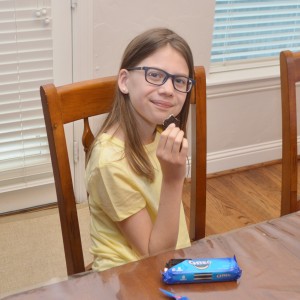 They had every single Lego set assembled before bedtime. 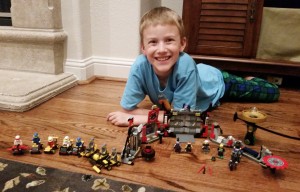 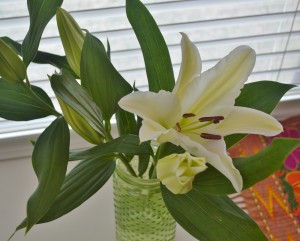