Yesterday we drove down to Granbury for their traditional Memorial Day celebration in the historic downtown. We were running a little late — ten minutes to be precise — and we missed the entire parade. I’m not sure what kind of parade lasts less than ten minutes, but we were sure surprised that in the amount of time it took us to get two kids loaded into a stroller we missed the whole thing! No matter, we grabbed some kettle corn and headed over to the petting zoo. 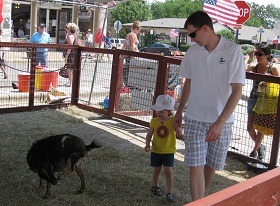 Raine took a few minutes to settle in before she would touch any of the animals — she was really excited about the idea of petting animals, but when it came right down to the actual petting, she wasn’t so thrilled. She eventually agreed to pet the little pigs . . . 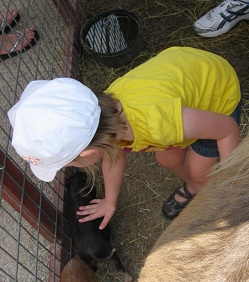 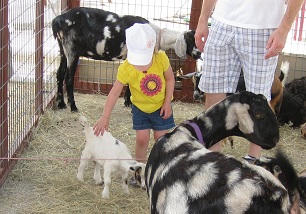 Carter was just trying not to melt in the triple-digit heat. 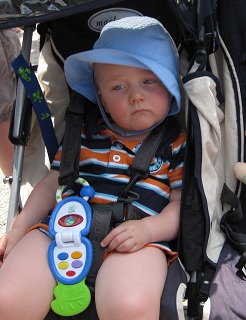