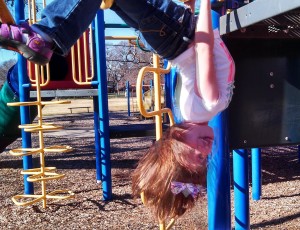 Raine has been learning all sorts of new things at school, including the monkey bars. She had been begging me to watch her do the monkey bars for months before we finally had the opportunity. As you can see, the pressure was just too much and it didn’t end well. 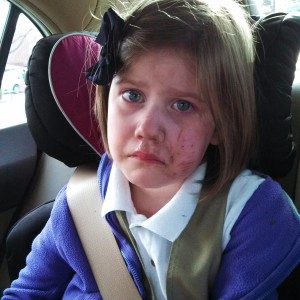 The only reason that I have a photo of the aftermath is because Raine wanted to see the scrapes. I didn’t have a mirror, so I took a photo to show her. We’ve decided that she should stay off the monkey bars for a while!

Raine still loves to create. She started Art Club at school and absolutely loves it. They meet after school on Wednesdays for eight weeks between January and March. 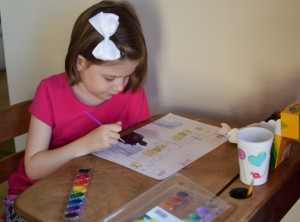 Here is Raine with her poster for the week that she was the Star Student. 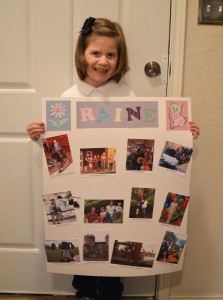 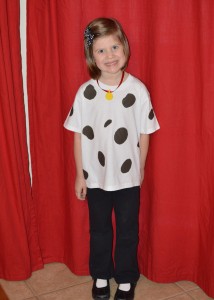 January 21 Raine had her eye exam to determine why her right eye was only seeing 20/70. The exam took FOREVER! It is no simple task to evaluate a fidgety five year old who doesn’t really understand what you’re asking when you say, “which looks better?” We had to go back to the initial evaluation room a second time so they could re-measure her eyes. It was comical. Raine wanted to look everywhere except at the little red light in the middle. The technician must have taken at least 25 photos of each eye.

By the time the doctor had settled on a prescription to correct the astigmatism, Raine was beyond ready to go to school. I tried to get her to look at frames, but she just pulled them off and threw them back at me. I knew there was no point, so I took her to school and said we would come back later.

Her glasses came in a couple weeks later but she was NOT excited about it. She wouldn’t even put them on so I could take a photo to send to Daddy. 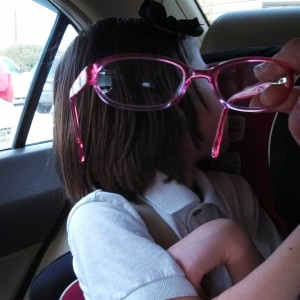 It wasn’t anything that Baskin Robbins couldn’t fix though! 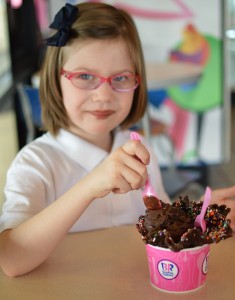 Getting her to wear the glasses at school has taken similar bribery. The problem is that she can see just fine without them. She doesn’t see the difference because they are only correcting one eye. Hopefully it will eventually become a habit, at least at school.

Raine was extremely excited about this date with Dad. The school hosted it at the Fort Worth Botanical Gardens.

We asked Rashae Staheli to do Raine’s hair — she is one of those super-talented moms whose little girls come to playgroups at the park with intricate up-dos. Raine was starting to rethink the value of a cute hair-do after she had been sitting on a hard stool for an hour . . . 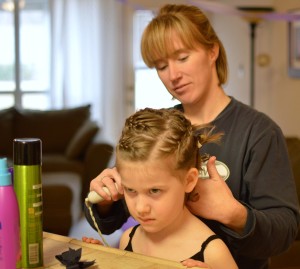 . . . but she loved the end result and decided it was worth it! 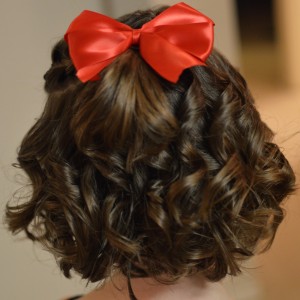 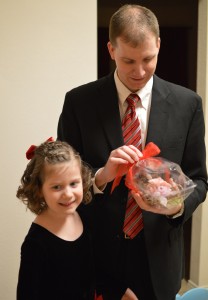 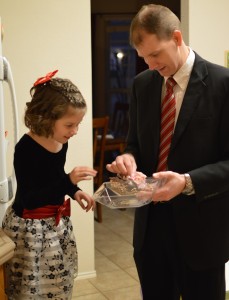 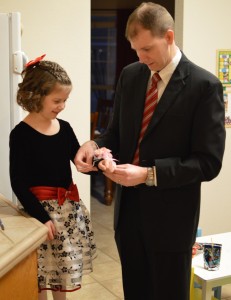 This was the best photo that I got of them before they left. I figured that they would take a photo at the event, but Raine didn’t want to so this is all we have. 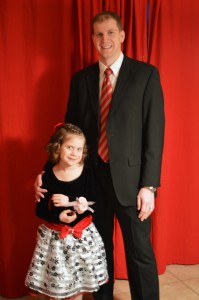 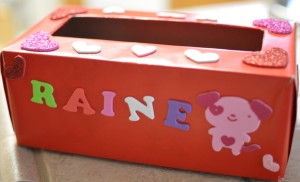