I had a really hard time finding Halloween costumes this year. Everything in the store was snow-suit style and considering it was still 80+ degrees outside, that wasn’t going to cut it. So I decided to make Raine a Super-Girl outfit. 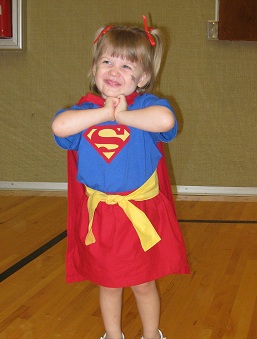 But then that turned into making Carter a Super-Boy outfit (you can’t see his cape, but rest assured he has one). 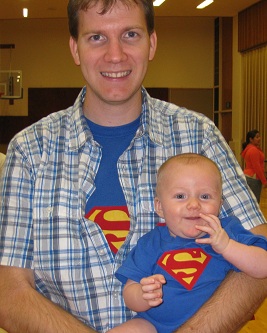 Which, of course, turned into making DJ and I Super-Dad and Super-Mom shirts. 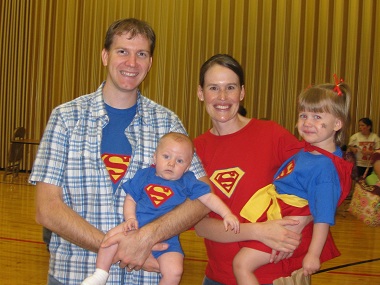 So by the time the Ward Halloween Party rolled around Friday night, I has some super-bags under my eyes from sewing instead of sleeping. But that’s okay, ’cause it was worth it.

Saturday we went to the “Boo at the Zoo” with the Staheli’s. It was a beautiful day and Raine had a blast. 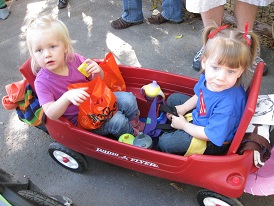 They had a designated “toddler area” with easy games and (my favorite part) non-candy prizes! 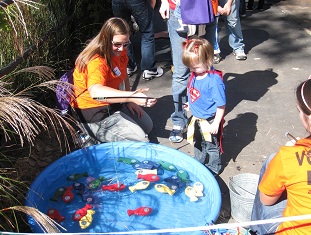 Carter enjoyed it too. (See his cape, I told you he had one.) 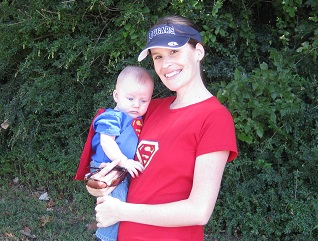 That night, we attempted to go to a trunk-or-treat at the church, but since we had the wrong time, we missed it. But that was okay because everyone else from our ward had the same wrong time so we all just chatted and swapped candy with each other. 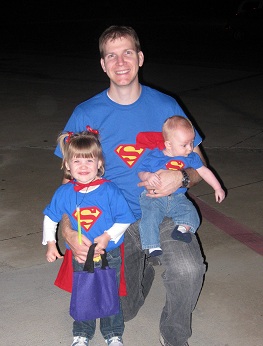