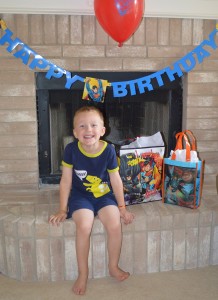 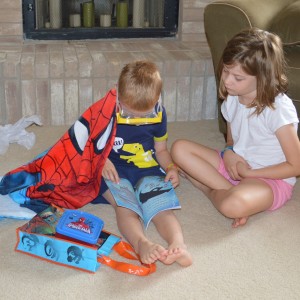 Second: head to NRH2O to try out the new swim goggles that Grandma Anderson sent. 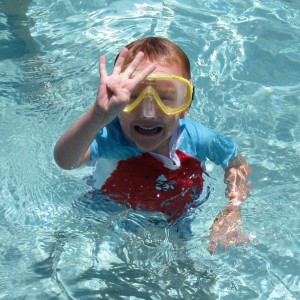 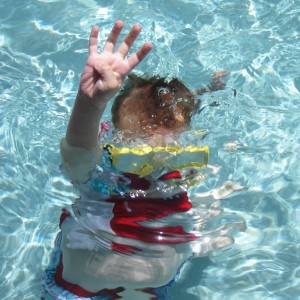 That new spider-man towel was warm and fuzzy. 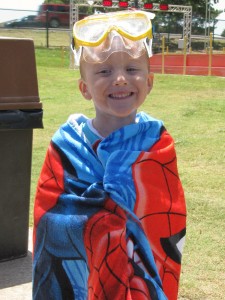 This little video of Carter swimming is an accurate depiction of what he looks like the entire time we are at the pool. He spends most of the time with his head under water, diving to the bottom and doing flips. He is such a fish!

After we got home, he opened the rest of his presents. 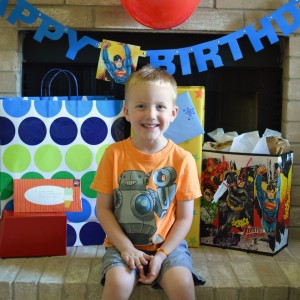 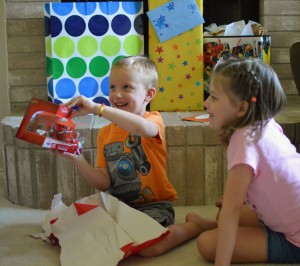 Raine always seems to give the best presents. 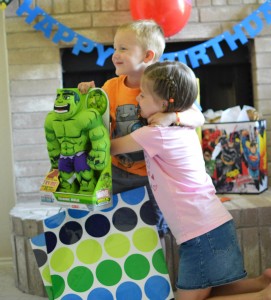 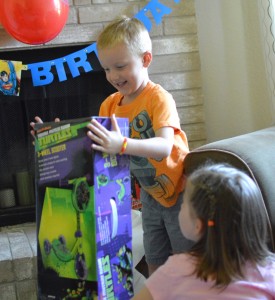 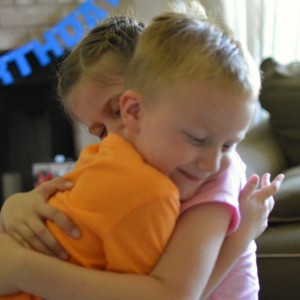 When dinner was over, we sang happy birthday and ate cake. 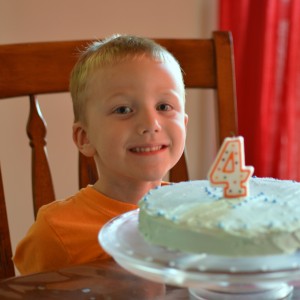 This video of us singing happy birthday (twice) perfectly captures the many moods of Carter! Raine told him to blow out the candle, then she was pantomiming to him to not blow it out and he didn’t like it — hence the angry eyes and muscle arms. His face when the candle burned out the second time was classic; and if all else fails, act silly!

Here is Carter’s spotlight sheet from Primary, it pretty well sums up how he feels about things: 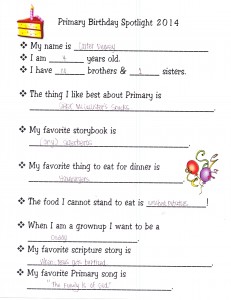 Carter is such a cute little nut! He is still a snuggler and momma’s boy but also loves to be rough and rowdy. He isn’t much of a socialite and prefers to stay home, but he makes friends easily when he wants to. I love when Carter comes up to me while I’m getting ready and says, “Mommy, you look very beautiful.” He can be the sweetest little guy in the world! He is also turning into a pretty good little negotiator. Anytime I want him to do something that he doesn’t want to do, we negotiate. He’ll usually ask, “What do I deserve if I do this?” In June, I had signed him up for a soccer class at the Rec and he told me that he wasn’t going to have anything to do with it. So the morning of the first class we started negotiating. Two hours later, we had finally come to an agreement: he would go if I bought him his very own pack of gum! Of course he loved the class and didn’t require any incentives to attend the next week. It’s always amusing to see what his “price point” will be — a treat, gum, toy, money, video game time, PBS Kids video, sometimes it’s even just watching a Mormon Ad, I never know going into it what will strike his fancy!