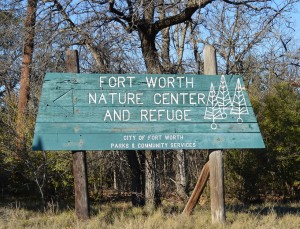 Saturday we drove over to the Fort Worth Nature Center for a hay ride to feed bison. It was our first time out there and, even though it was’t the prettiest time of year to visit, it was great weather. 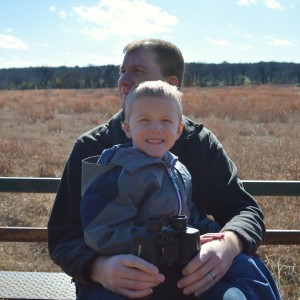 When we registered for the hay ride, we had visions of riding out into the winter pasture and dropping off a few bales of hay for the bison to feast on during the next few days. Instead, our ride took us to the maintenance area where they had lured the bison up to the fence so we could throw grass pellets to them.

They asked us to stay behind the rocks because the bison don’t like when people get too close. See that fence post? That’s what happened last year when our trail guide got a little too close to the bull! 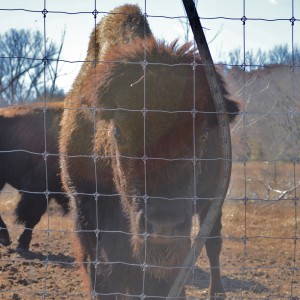 These bison didn’t look anything like the big furry bison we saw in Yellowstone this summer. They were pretty scrawny and lacked the big heavy fur around their faces. But they were still intimidating. The big ones would run off the small ones when they tried to move in to eat the pellets. 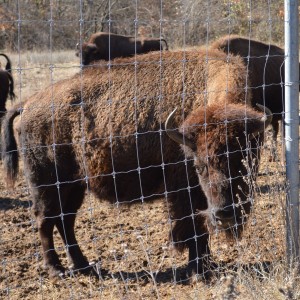 We saw a red-tailed hawk while we fed the bison. 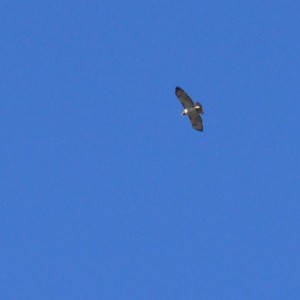 Here they are throwing food. 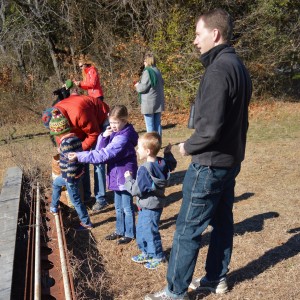 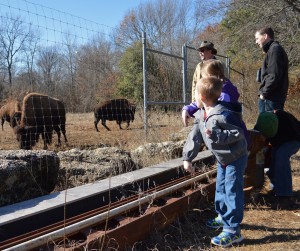 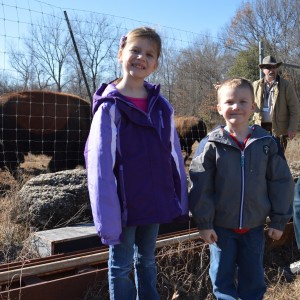 After we fed the bison, we climbed back on the hay ride and made a loop around the park. We saw a group of deer feeding in the trees.

When the tour was over, we headed down to prairie dog town. These little guys were making the most of this sunny day after all the rain we’ve had. They were running all over the place. It was really fun to watch them stand up, then drop and run into the nearest hole or scamper across the field. 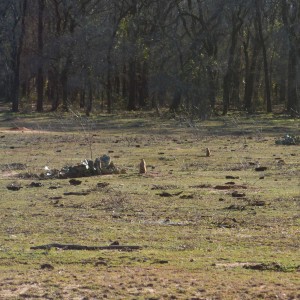 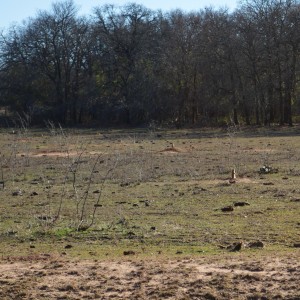 We hiked around a bit, trying to avoid the mud. 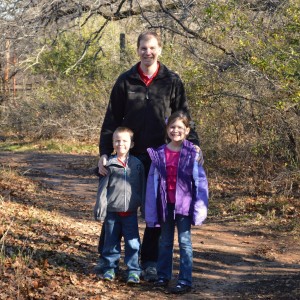 We weren’t the only ones who had hiked this trail recently. 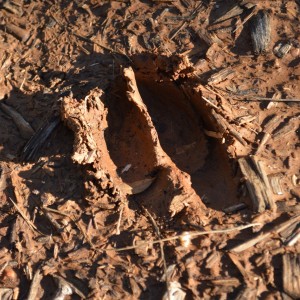 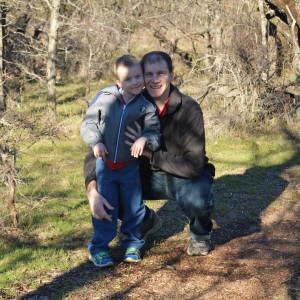 We will have to visit again in the spring, I bet it is beautiful when all the wild flowers are in bloom.