Back in April, Raine performed in the school talent show. She and Catherine Crandall played a piano duet that they composed themselves. I was in Austin at a conference the day of the talent show, but I was able to watch the dress rehearsal before I left town. 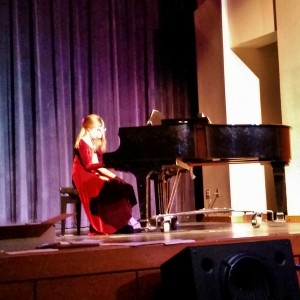 This month, both Raine and Carter performed for Talent Day in choir. Below is a video of their “talents,” as performed at home. Raine sang “A Million Dreams” and Carter solved his 2×2 Rubik’s cube. I was pretty impressed that Carter was willing to do something in front of his class for talent day, he is not a center-of-attention, performing kind of kid.