Saturday we rode the bus downtown and visited Pike Place Fish Market. Here is Odessa, Ada, and Raine sitting on the bronze pig. 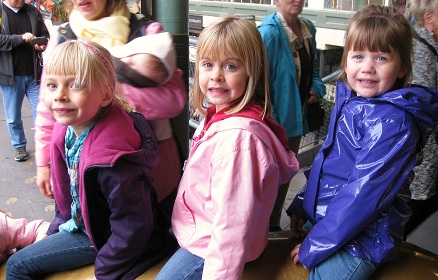 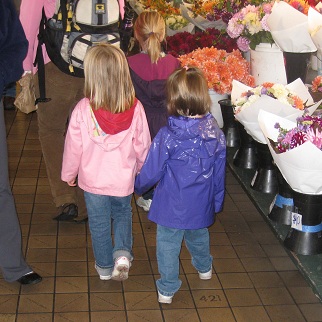 After some of Seattle’s best clam chowder, we rode the mono-rail to the space needle and let the kids run around. Ada was very attentive to Carter. 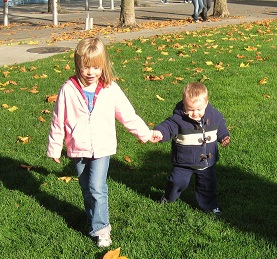 Then we walked over to the fountain at the Seattle Center. Daddy ran under the water spouts with the kids. However, when he attempted it with Carter the water pattern changed as soon as they got under it and they got soaked! Too bad I didn’t have the camera out for that one. 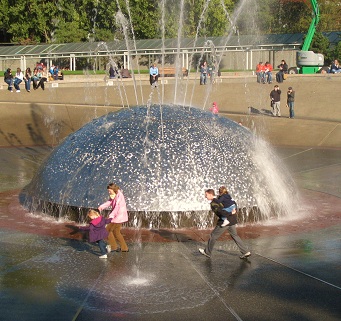 That evening we went to the Ward Halloween party. Raine was a “dancin’ kid” and Carter was a dalmatian. 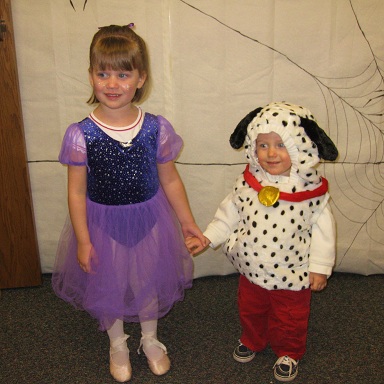 Monday morning we drove around West Seattle and then took a ferry to Vashon Island. Carter was asleep in the car so Daddy stayed down below with him while Raine and I explored the upper decks with Aunt Tara and Ada. (For clarification, Tara is not Raine and Carter’s aunt, she is their first-cousin-once-removed. So for obvious reasons we just refer to her as Aunt Tara.) 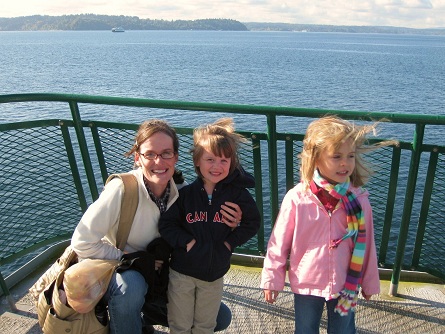 We wandered around the shops in town and came across a little bookstore. The owner had a dog in the store and Raine was in heaven as she sat there feeding and petting it. The owner asked if we had seen the bike in a tree, she gave us directions so we set off to find it. The directions were typical small-town directions, “Go down to the second stop sign and it will be right there behind the building.” But with a little help from Google we found it. Nobody knows exactly how it got there but it has obviously been there for a very long time. 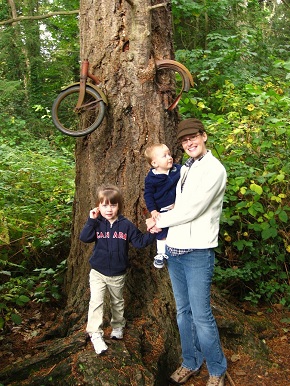 That evening we drove to Magnolia for trick-or-treating in the village. They closed the road and each of the shops handed out candy — it was so much more efficient than going door-to-door! 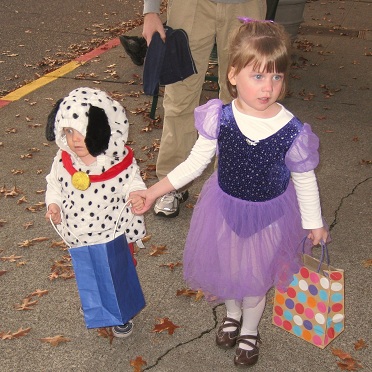 Here are the girls and Carter in their costumes. 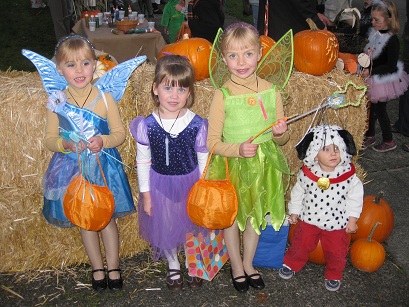 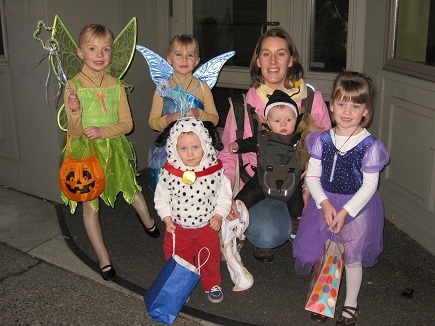 The next morning we packed up and headed back to the airport. We had a miserable flight home with Carter throwing a sleep-deprived fit most of the way — yep, we were those people.

This was such a fun vacation for us. The kids loved playing with their cousins and we were able to see some great sites along the way. I think we will have to do this again soon!

One thought on “Vacation part 4 – Seattle”