After spending the night in Seattle, we crossed the border into Canada and made our way up to Vancouver. Our first stop was Grouse Mountain, on the north side of town. We took a gondola to the top of the mountain and the clouds lifted just long enough to give us a spectacular view of the city (in real-life it was spectacular, in this photo it is not). 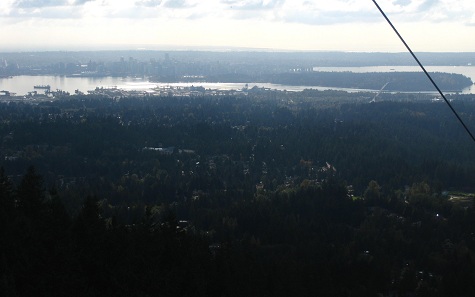 We hiked around the resort — in the SNOW!!! — admiring the impressive views and wood carvings. 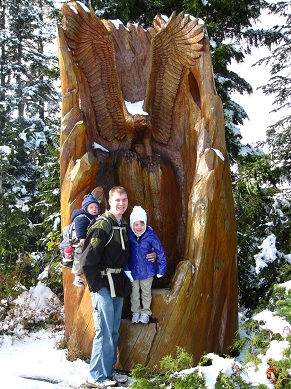 Then we wandered over to the bear enclosure. We didn’t know if we’d be able to see them or if they would be holed up somewhere for the winter . . . so imagine our delight when we saw them out wrestling in the snow. It was awesome to watch. 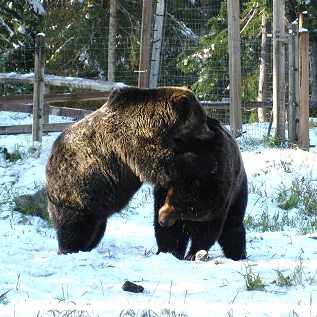 The bears were so close and so active. This guy was holding his feet up to see how long he could balance on his backside, just like a little kid. He lost his balance and rolled onto his back, with his hinder-end in the air — it was just like something DJ would do. 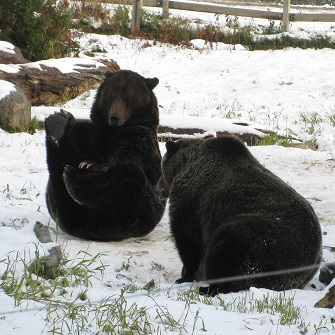 We checked into our hotel and found that we had a great view. We could see Grouse Mountain where we had just been, Stanley Park where we were going the next day, and a near-constant stream of seaplanes taking-off and landing in the water. The kids loved watching the planes — in fact, Carter even started saying “ah-pah” each time one would go by. 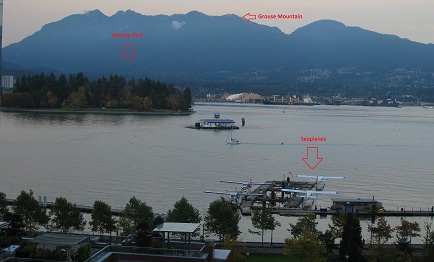 The next morning it was raining. We bundled up and drove into Stanley Park, to the aquarium. We saw the standard assortment of fish tanks . . . 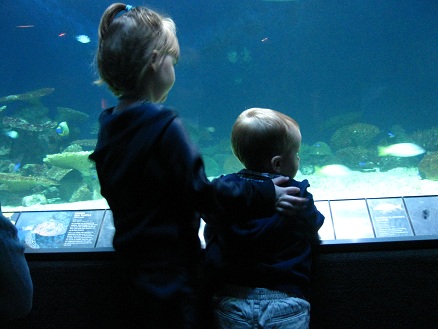 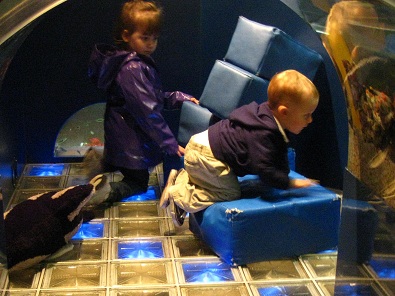 But we also saw some really fun, new things too. Like a two-toed sloth in the rain-forest area, butterflies emerging from their cocoons, trainers feeding the seals and sea lions, . . . 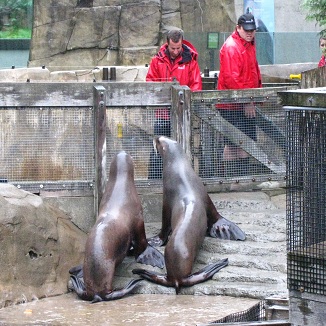 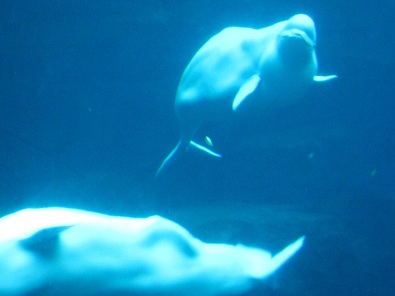 But the best part of our visit was the dolphin show. I don’t have any photos because it was raining, but those dolphins were jumping, racing, waving, and standing up out of the water just like you’d see in any dolphin show. This photo of Carter watching the dolphins — from below, where it was dry — was taken earlier in the day. It was a great aquarium! 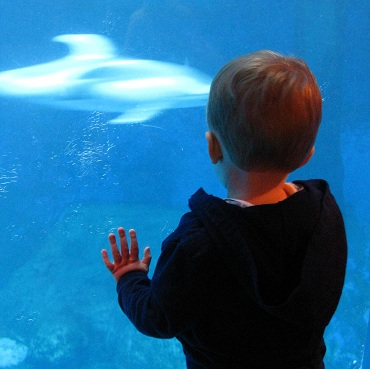 After leaving the aquarium we drove around Stanley Park to see the totem poles and other sites. 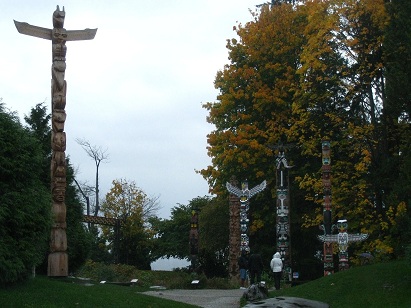 We made a quick stop at Tim Horton’s — Daddy’s favorite doughnut shop when he was working in Ottawa — then we were on our way back to Seattle. 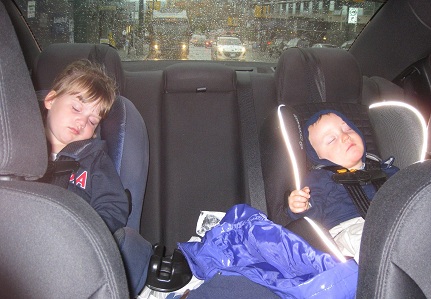