We had a mellow evening at our home remembering the gifts of our Savior. First, we sang Christmas carols. 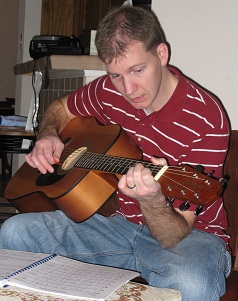 Any time DJ gets out his guitar Raine “needs” to play “her” guitar. She tunes it and then uses a pick to strum the strings (she refuses to play without a pick). 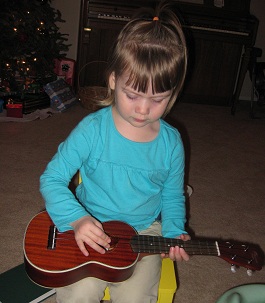 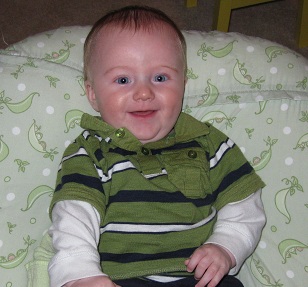 Whoever came up with the idea to leave cookies for Santa was truly inspired!! Since this was the first year that Raine really understood what was going on, it was the first time that DJ and I got to “help” Santa prepare presents. It was a load of fun. 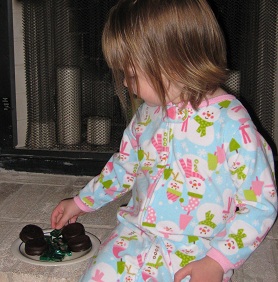 Carter was just excited that everyone else was so excited! 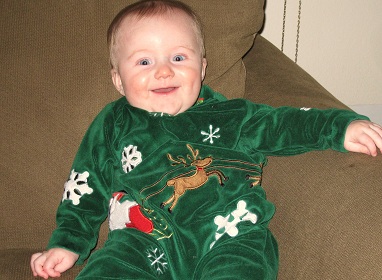 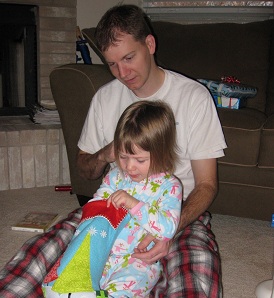 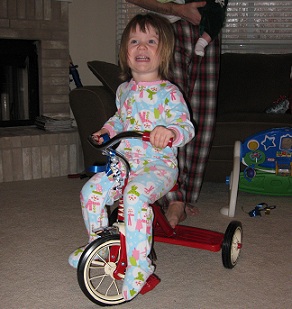 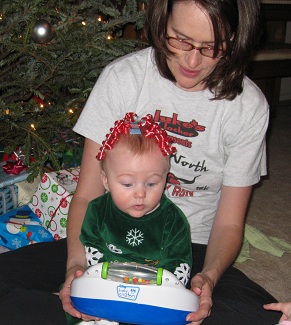 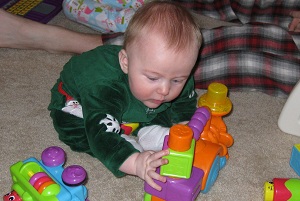 Carter kept laughing in his sleep as we continued to open presents. Apparently those “visions of sugar plums” dancing in his head were kind of funny. 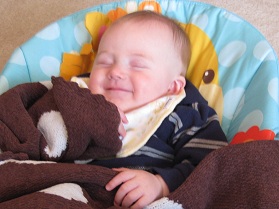 My cousin Linda and our friend Cosette came over for dinner. I usually cook a pretty dry ham, but this time it turned out really moist and yummy. I also used a new crock-pot scalloped potatoes recipe that was divine. It was a dang good dinner . . . if I do say so myself.