A few weeks ago, I came across a Groupon to an exotic animal park in Oklahoma that appeared to let you interact with the animals. We’ve been to a couple big cat sanctuaries and this one sounded similar, except that it was run by a redneck who didn’t seem to be concerned with things like liability insurance. I bought the Groupon and we headed up to Ardmore on Sunday evening so that we could be at the Wynnewood Exotic Animal Park first thing on Presidents’ Day morning.

It rained all night Sunday so there was mud everywhere. It was also rather chilly — at least compared to the 70-80 degree weather we had been experiencing. Carter is convinced it’s summer and failed to heed my advice to pack warm clothes, including a jacket. Fortunately, I had an extra sweatshirt for him.

Our tour started in front of one of the big tiger enclosures with a long explanation of how the “zoo” started, as well as their breeding philosophy — it was very anti-regulation and involved breeding as many “mut” big cats as possible before PETA makes it illegal to do so. Did I mention we were in rural Oklahoma? It really showed during the lecture. Our tour guide swore like a sailor and said a lot of things that sounded more conspiracy theory than science! But he kept us entertained by interacting with the cats through the fences.

We were not allowed to take cameras on the tour because they didn’t want any animal rights activists recording their secrets. Instead, we were allowed to purchase a CD of photos that their photographer took — for a mere $30. We were going to be playing with a tiger cub, so of course we gave-in to the blackmail, but the photos weren’t that great.

The first photo-op was with a quarter horse (not real exotic there). 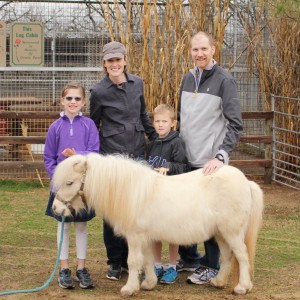 Next, we made our way over to Cleatis the kissing camel. We let Daddy go first on that one! 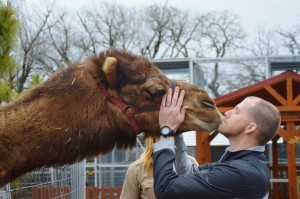 Raine and Carter both opted to hold their cookie out on their hand rather than their lips. 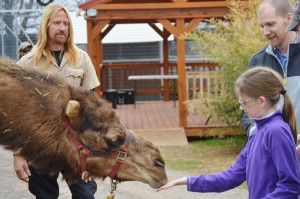 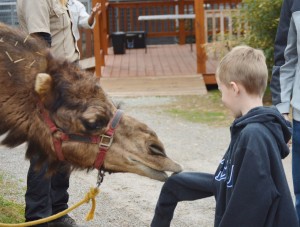 I really wanted to hold it in my hand too, but I succumbed to peer pressure and attempted the kiss. I was so tentative though that I ended up dropping the cookie before Cleatis got too close! 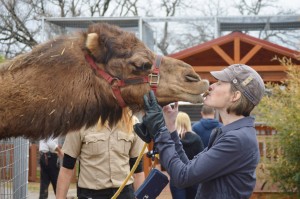 We saw several more big cats including a territorial lion and a sneaky black leopard. Then we came to the wolf enclosure. As we approached, our tour guide opened the gate and welcomed us all inside. It took a little will-power to walk inside that cage. After all, the whole point of a cage is to keep the animals away from humans, right? 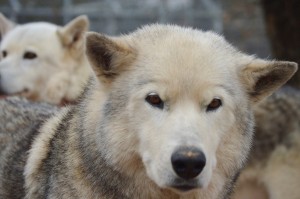 The kids loved petting the wolves. Unfortunately, they didn’t get a photo of Carter, but you can see the joy on Raine’s face. 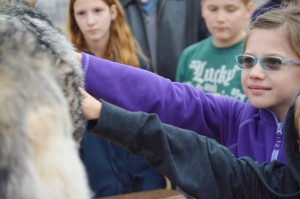 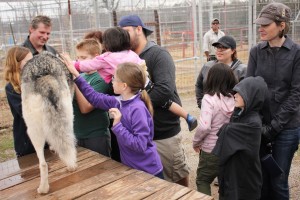 Our next adventure included holding all sorts of little varmint. First was some variety of skunk. 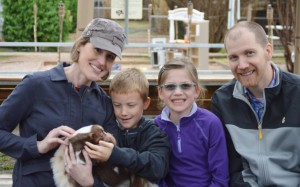 Next was a weasel. 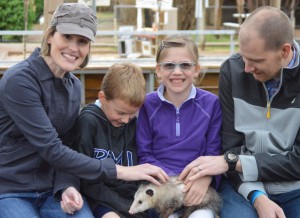 Then an albino skunk of the same variety as the brown skunk. 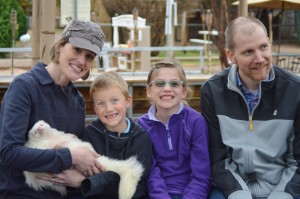 This little kinkajou was supposed to sit on Raine and Carter’s shoulders but instead, it climbed right up over the top of Raine’s head! 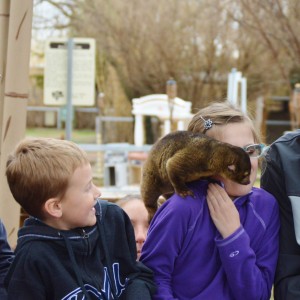 Last was a ferret. 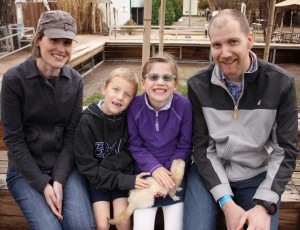 Finally, it was time to play with a 7-week old tiger cub named Merlin. 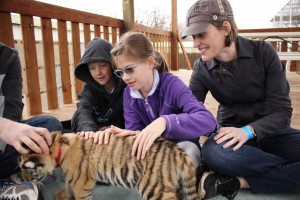 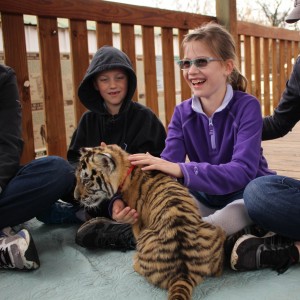 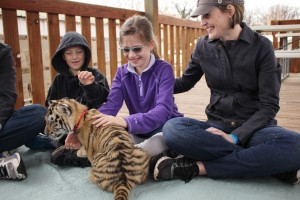 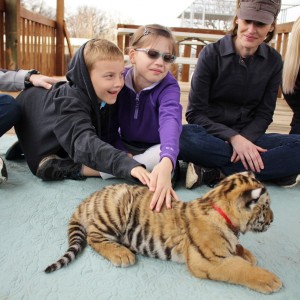 The photos don’t really do justice to the experience. We played with Merlin for at least a half hour. He climbed up into Raine’s lap. He climbed up onto my lap, trying to escape, and I got to hold and hug him. We fed him a bottle. It was awesome!

Here are a few photos that I took as we walked around the big cat cages before and after our tour (when I could take my own photos). 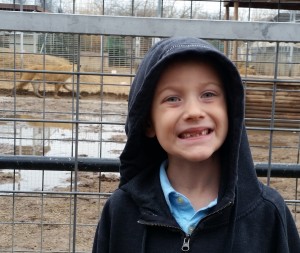 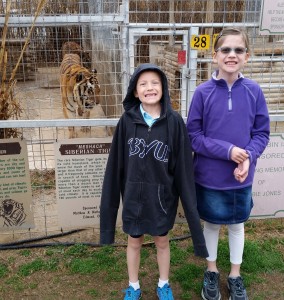 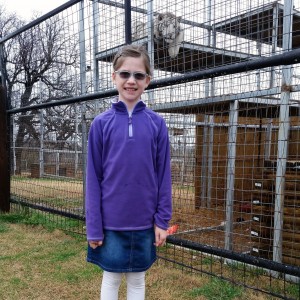 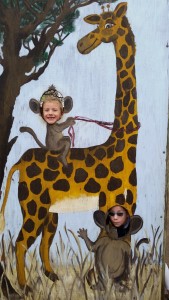 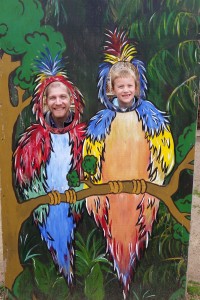 On our way home, we stopped at 2 Frogs Grill for a late lunch. The purple leopard print walls went right along with our exotic animal day. 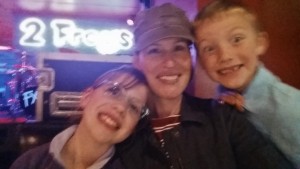 This weekend was the Fort Worth Stock Show Rodeo finals night. Daddy and I decided to go by ourselves this time since the kids, especially Raine, didn’t appreciate it last year. We started the evening with BBQ at Railhead Smokehouse — is was D-E-L-I-S-H, definitely the best barbecue we’ve ever had! 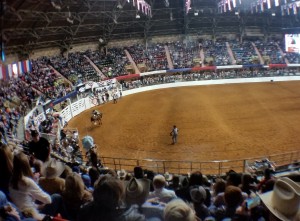 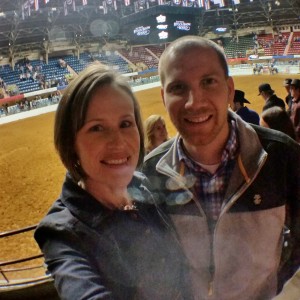 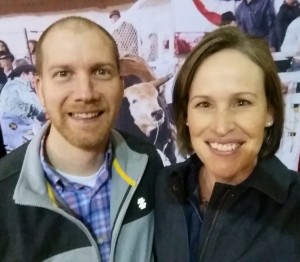 Carter decided to buy himself a skateboard yesterday. He got a great deal, paying only $7.50 at Academy Sports. 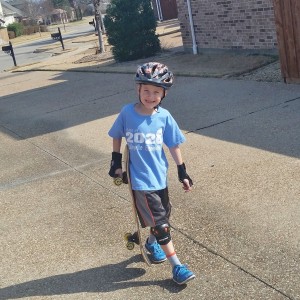 He has gotten the hang of it fairly quickly — just needs to figure out how to turn. 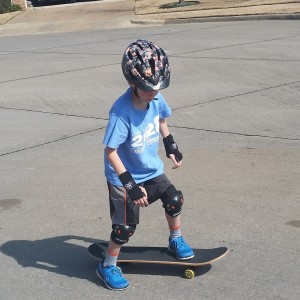 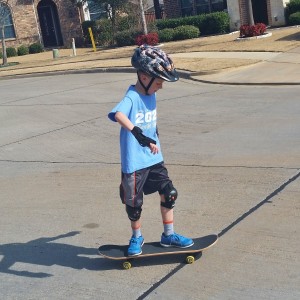