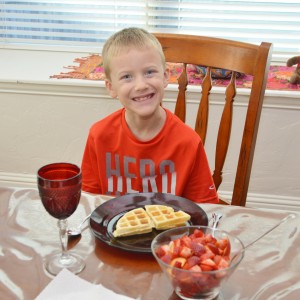 Carter was so excited for the Lego Ninjago set that he “knew” he was receiving that he convinced me to let him open one present in the morning. 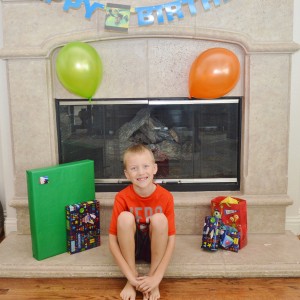 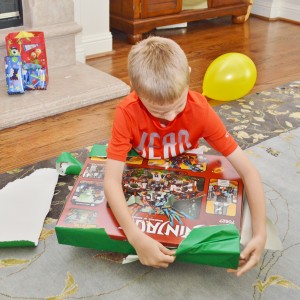 He then proceeded to build until it was time to go. This was the completed dragon. The forge was a lot more complex and took a couple more days. 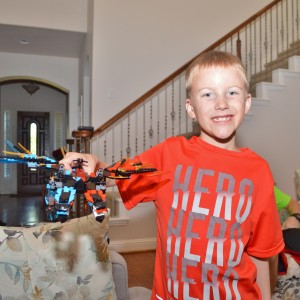 After lunch at Chick-fil-a, we went to Hawaiian Falls and spent the next several hours swimming in the wave pool… 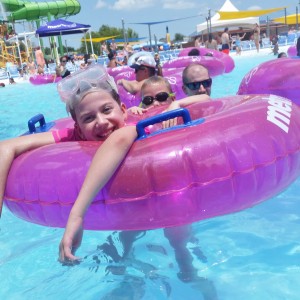 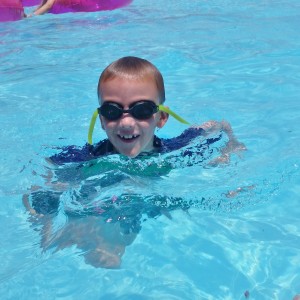 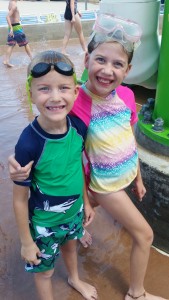 There was a slide where our entire family could fit in the tube together so we rode it a couple times, even though it was super scary to some of us (or maybe just me)! 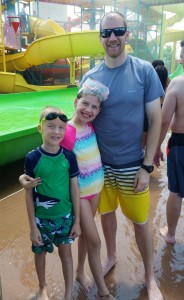 After a pizza dinner, Carter opened the rest of his presents. 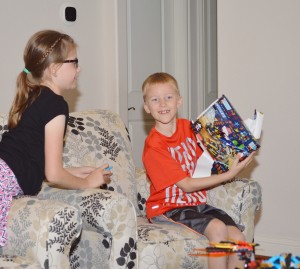 Raine gave him a fidget spinner with changing LED lights and a bluetooth speaker; it was pretty cool. 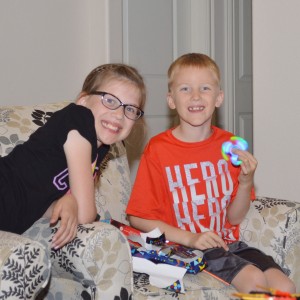 Carter wanted a chocolate cake with a small circle on top of a large one and white frosting. He is a very literal kid and so I’m sure this was what was in his head: 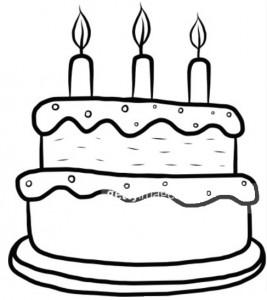 …but this is what I managed: 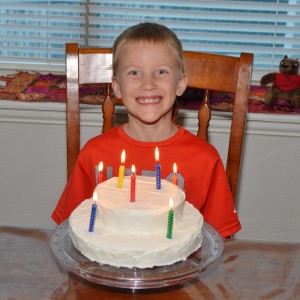 He was pretty happy with it! 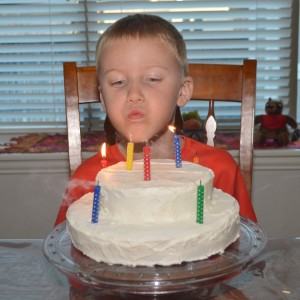 Carter is a tall, SKINNY kid who loves to play with figurines — his current favorite is Ninjago. Carter is sweet and cuddly but a little quick-tempered. He is shy and cautious and prefers to be at home with his favorite toys and favorite people. Carter doesn’t like anything that he “HAS to” do but is a great helper when you need an assistant (especially when he is trying to earn money to buy something that he really wants). He loves comedy and says some of the most hilarious things, generally when I’m trying to be mad at him. Carter doesn’t like to be alone, especially at bedtime. He can always be found in either my bed or sleeping on the floor of Raine’s room. Carter always challenges our thinking and wants to know “why”; he needs to experience things or see them in order to buy-off that you’re right. One day he didn’t want to clear the table and was arguing that we didn’t really need to clean up, that no one would die if we didn’t. Fortunately, I was preparing for a trial that started out as a dirty house case and had photos of the house where nobody cleaned up. I showed those to him and explained that that was what happened when nobody cleaned up; that was all it took to convince him!

Independence Day 2017 started off with the Ward breakfast. Daddy cooked pancakes with the old men. 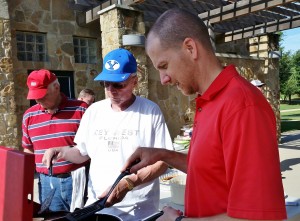 The Young Women set up games for the Primary kids. 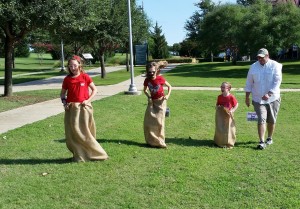 That afternoon we went to the movie theater to see Despicable Me 3. 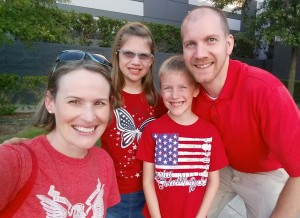 Then we drove up to Lake Grapevine to watch the fireworks. Raine still hates fireworks and made sure that her earmuffs were securely over her ears the entire time. Carter, however, kinda likes them now. 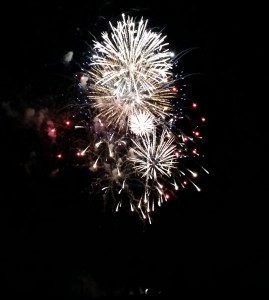