Yesterday was our Primary Temple Trip. The weather cooperated as well as can be expected the end of May. We started in the temple lobby, sitting on the steps across from the recommend desk. One of the Assistant Matrons talked to the kids about the temple and why it is so special. Then the kids sang Families Can Be Together Forever and I Love to See the Temple — this was the best part of the trip! Those little voices singing about going to the temple and living with their family forever is such a sweet reminder of what is most important in this life.

We took a walking tour around the outside of the building — which ended abruptly when we came within view of the water fountains! 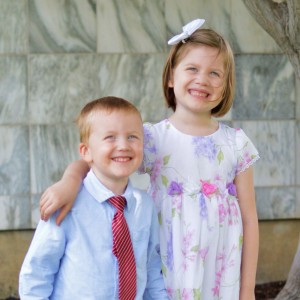 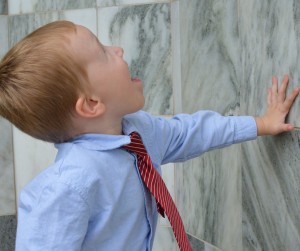 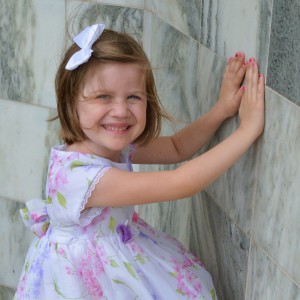 We tried to get a family picture after the tour but it was windy and the kids were tired! 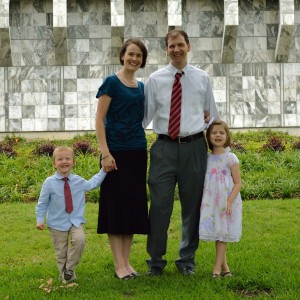 Raine’s class did Have you Ever Been Fishin’ and Let Me See You Boogaloo. The video below shows her performance. 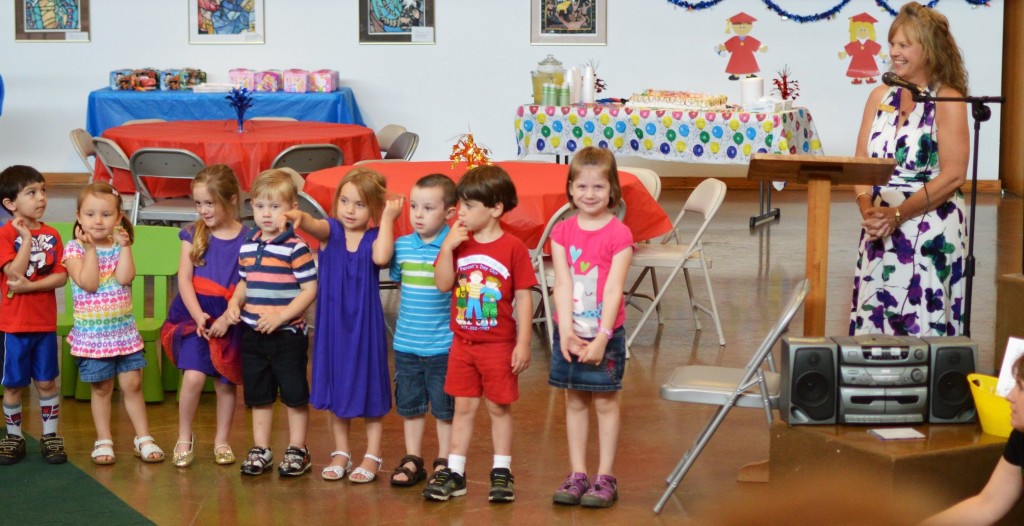 Raine had her first ballet performance yesterday! It was not a recital — they didn’t have to buy a special outfit, just wear either pink or black. Each of the dance classes at the Hurst Rec had a time allotted to perform a dance they worked on this spring.

Raine has been on-again-off-again excited about ballet the last couple months. She tells me that she likes the goof-off time and I get the impression that the rest of it is just a little too slow-paced for her preferred dance style! (She saw the hip-hop performance and asked how she could get into THAT class!) 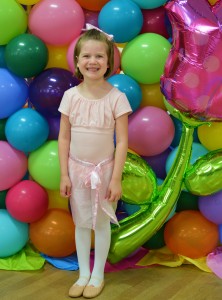 There she is in the program! 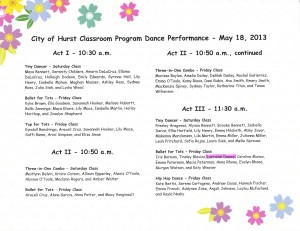 Here is the entire dance:

Being a mother is such a glamorous job! 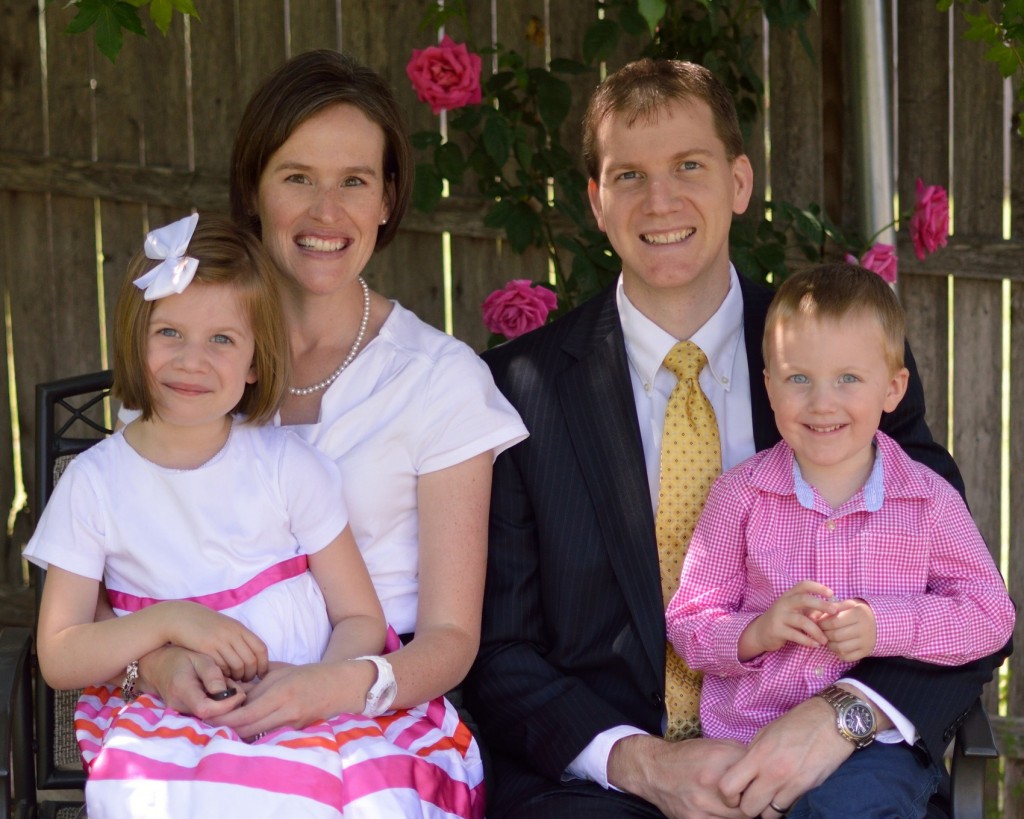 But then of course there are those days that start off like this: 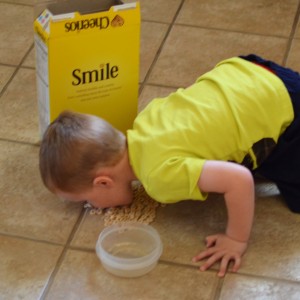 After taking a shower, you walk out to find your two-year-old getting himself some breakfast. The only problem is that he was in the middle of playing “doggy” when he got hungry and didn’t want to break character.

No problem. You just tell him to clean it up and sit at the table to eat.

Except . . . “at” was heard as “on” so when you come out to check on his progress you don’t quite find what you were hoping for. 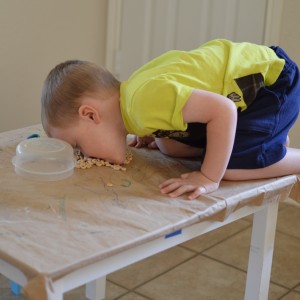 Whatever. You pick your battles — at least it’s healthy.

You go back in to brush your teeth . . . but soon notice a little something behind you in the mirror. (Apparently, eating like a dog can cause some problems when you have a runny nose!) 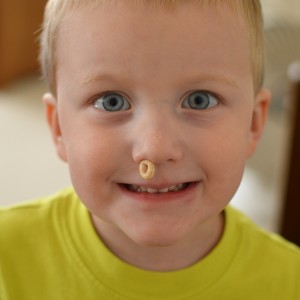 No problem. You get him cleaned up and head out to face the day.

Hmmmm, apparently we need to work on his cleaning skills. Well, at least he tried. 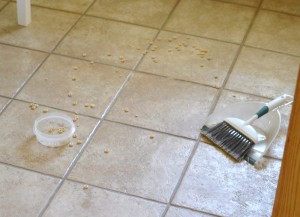 You head out to run errands. But being the fabulous mother that you are, you stop at the playground first. 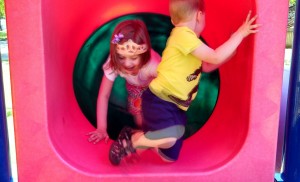 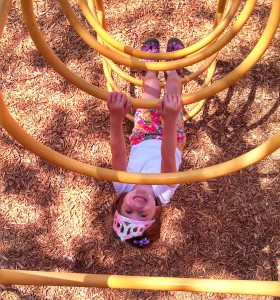 Next, you head to the store. But everyone is hungry so you stop to grab some food on the way. Unfortunately, monkey #2 has not quite mastered the physics of straws in non-airtight cups and ends up wearing some of his chocolate milk. 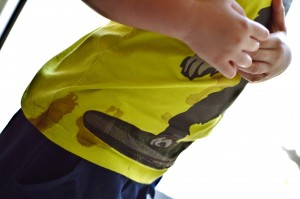 No problem. You very glamorously pull his spare underpants out of your purse and help him get dried off.

After maneuvering a grocery cart, with a giant plastic car attached to the front end, through the aisles of the store, you pay for your goods and head home. 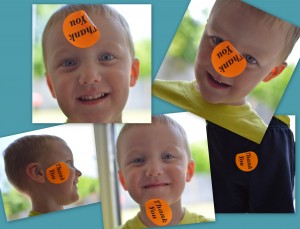 And, of course, it is such a fun game that everyone joins in. 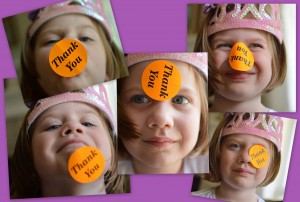 Once all major body parts have been sufficiently “stuck,” the dirt calls and the kids go out to cover themselves in it. 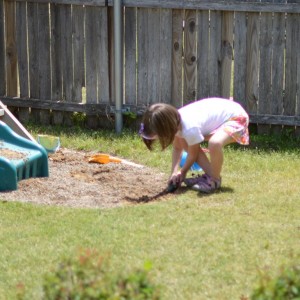 After stripping off their dirt-covered clothes and spraying them down with the hose, they are allowed back into your house for a drink. 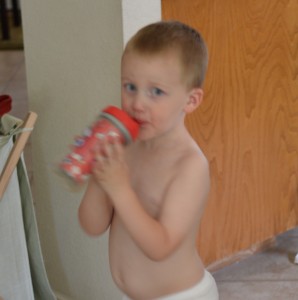 Yes, being a mother truly is a glamorous job. That’s why you receive so many flowers for doing it! 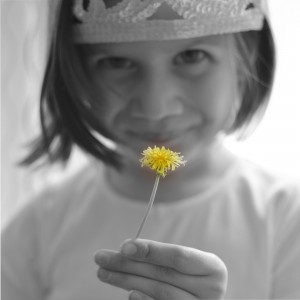 Here is what my kids think of their glamorous mother: 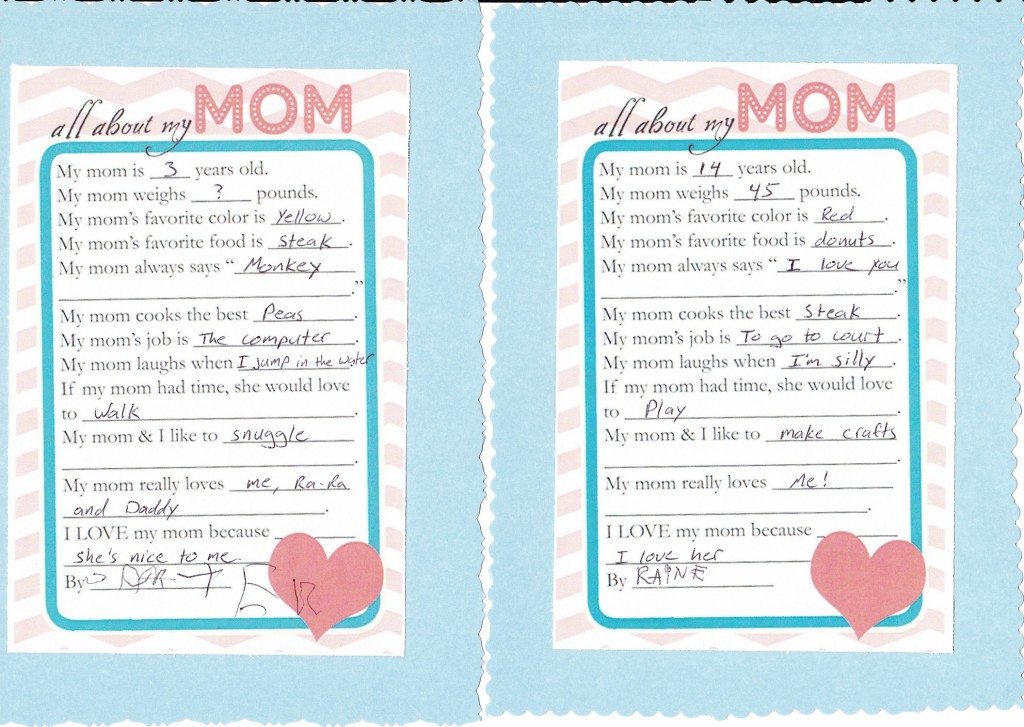 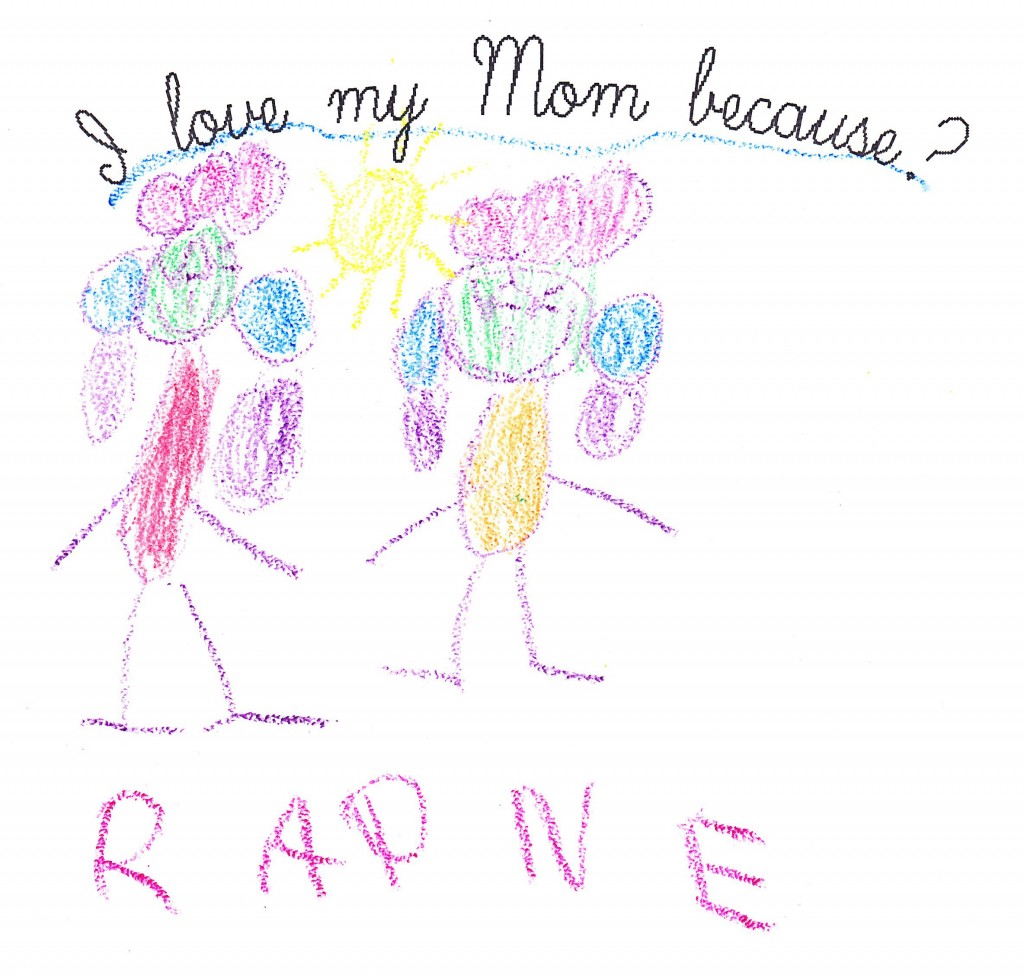