Saturday March 11, we boarded a plane on the first leg of our journey to Brazil. After a brief stop in San Salvador, El Salvador, we continued on to Bogota, Columbia. (Since we were buying tickets for four people, we got the absolute cheapest flights we could find. We had a few stops along the way, but it was worth it to save about $2,500.)

We were scheduled for a 14-hour layover in Bogota so the plan was to leave the airport and find a hotel to spend the night. Unfortunately, we went the wrong way after disembarking the plane and ended up in the terminal rather than the customs line. There was no way for us to leave the airport after that mistake so we spent the next 15 hours (because of a flight delay) sleeping in and roaming around the airport terminal. 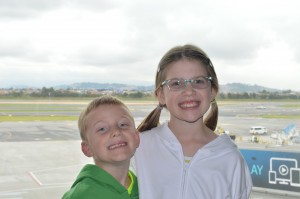 This was our only view of Bogota. I was surprised at how cold it was there. I had envisioned a hot, equatorial jungle, but Bogota actually has a cool, mountain climate year-round. We had to buy sweatshirts to keep us warm in the airport. 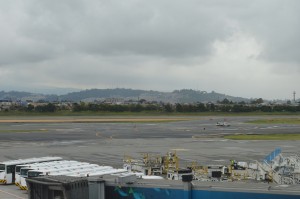 Daddy and I had some great, authentic food in airport. 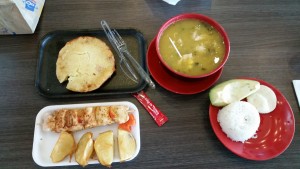 The kids were not as adventurous. 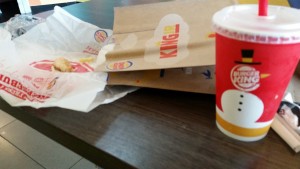 After what felt like forever, we finally boarded the plane to Sao Paulo, Brazil. When we arrived, DJ had a little deja vu as we stood at the baggage claim with only one of our two suitcases. Twenty-one years earlier, as a new missionary fresh out of the MTC, he stood at that exact same baggage claim with only one of his two suitcases — watching the last of the bags go around and around. Fortunately, this experience had a different outcome. When we went to the baggage desk, the attendant told us that the bag had arrived on an earlier flight and was waiting for us upstairs. You see, when we checked-in at DFW the agent accidentally sent our suitcase down the belt without a baggage tag. She immediately recognized her mistake, but it was too late, the bag was already down in the luggage labyrinth. We checked with the gate agent before boarding and they told us that they still hadn’t found it. We checked again in Bogota, but wasn’t sure they really understood what we were asking. Luckily, they found it and got it down to Brazil while we were hanging out in Bogota.

Grandma and Grandpa Anderson met us at the airport and drove us to their apartment where we happily settled in for the rest of the night. 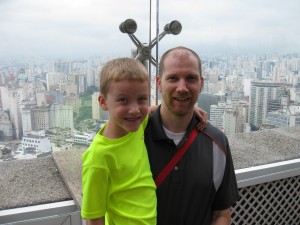 It is impossible to capture the unbelievable size of Sao Paulo — the 3rd largest city in the world. In every direction there are high- and mid-rise buildings as far as you can see. 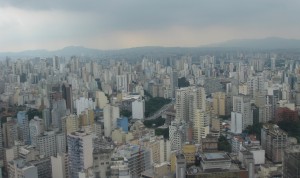 We rode the bus home at rush-hour and were amazed at how many people kept cramming into that bus. Grandma and Grandpa don’t live very far out, so the bus was at max capacity when we had to make our way to the back to get off.

We spent the night in Grandma and Grandpa’s apartment again. They have a view of the Sao Paulo Temple out their living room window — it really lights up at night. 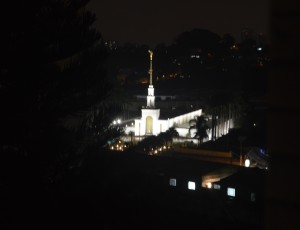