December 31 was our first day in Frankfurt. We stayed in a mission-owned apartment in Grandma and Grandpa’s apartment building. It was a fully-stocked, 2-bedroom apartment with a view of downtown Frankfurt (in the distance). We paid $25 per day for use of it, it was a deal!

First thing we did was head out to the playground with the zip line that Grandpa had told us about. We find a playground zip line in every country we visit, it’s become a tradition! (Wales, Brazil, Iceland) 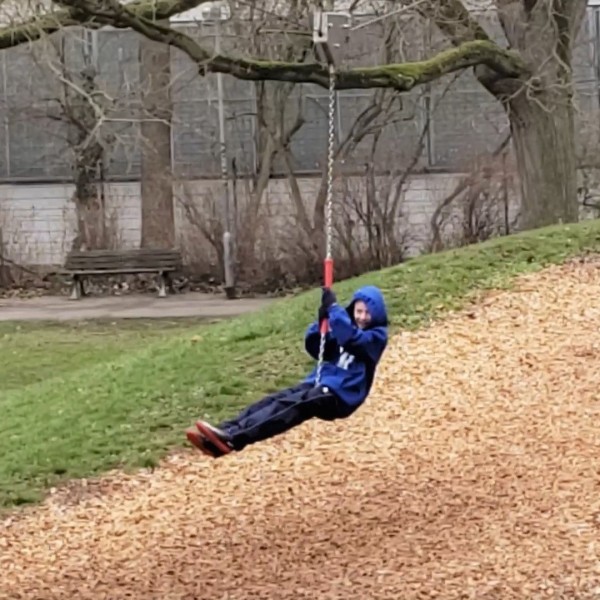 After the playground, we found a local bakery to get some pastries — Carter LOVED the German pretzels. 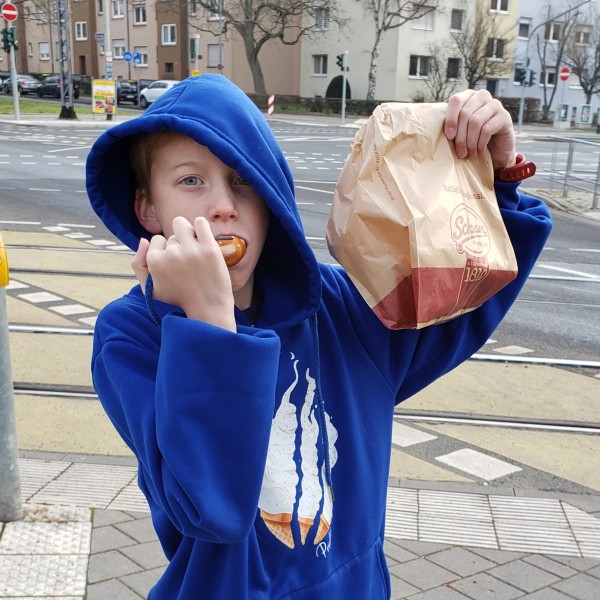 After a lunch of bratwursts, we rode the ubahn downtown and visited Altstadt (old town). First stop was Römerberg (Roman Mountain) the main square. 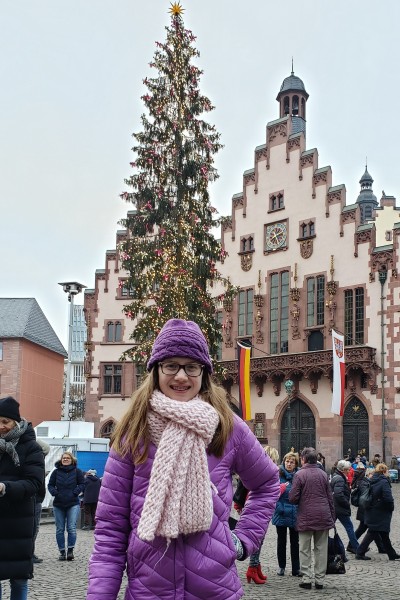 Then we walked down to the Main river and the Eiserner Steg (Iron Bridge).

The bridge is COVERED in locks, many with names or initials engraved in them. 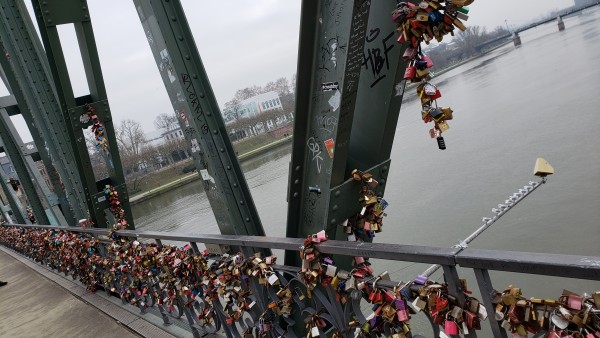 We wandered around the streets of old town and passed the Haus zur Goldenen Waage (House of the Golden Scales). 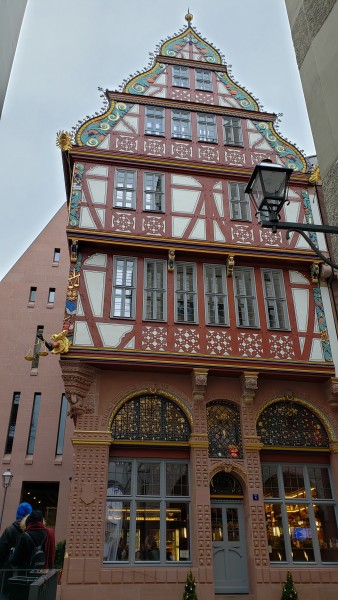 Our last stop in old town was Kaiserdom St. Bartholomäus (Frankfurt Cathedral Saint Bartholomew). It was full of art, artifacts, and incredible architecture, but photos were not allowed inside. 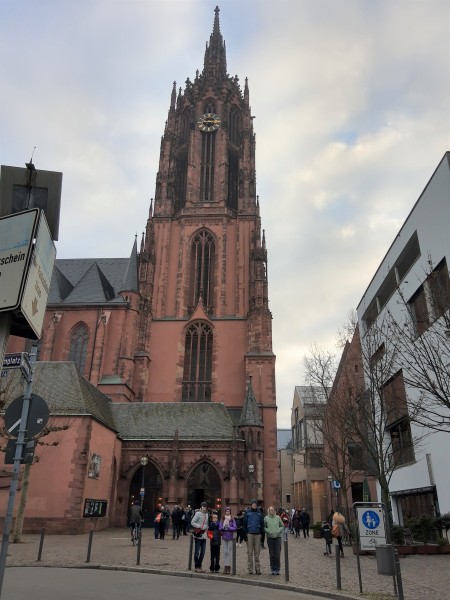 This placard in Kaiserdom described the destruction of World War II.

After wandering down the Zeil, through the shopping district, we took the ubahn back home. 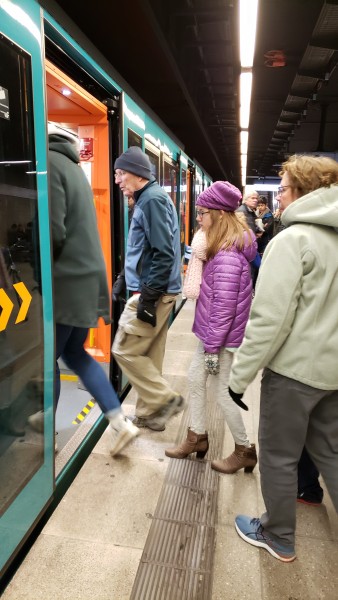 The fireworks on New Year’s Eve lasted for hours. This was the view of downtown from our balcony. 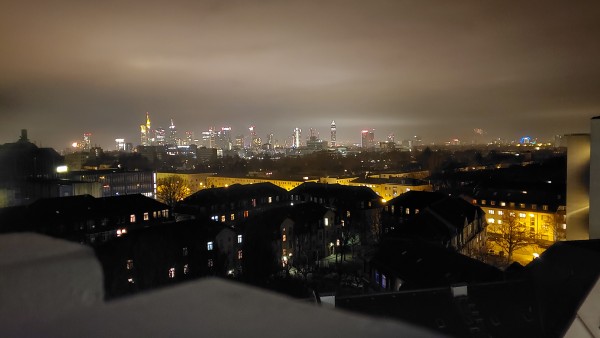 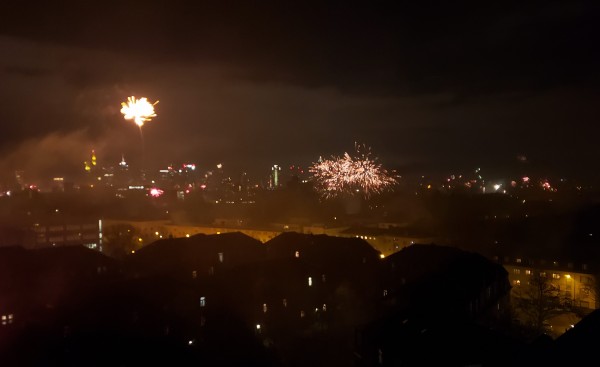 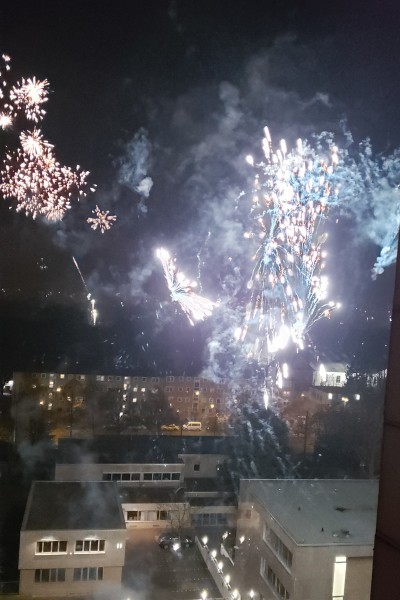 By about 30 minutes after midnight, the smoke from fireworks was so thick that we couldn’t see downtown any more.

A video was the only way to capture the insanity of the fireworks in Frankfurt. The nearly-continuous line of fireworks in the distance is on the Main river. At the end of this video you can see a firework fly right at us on the balcony; that’s when we decided to watch from behind the glass door! 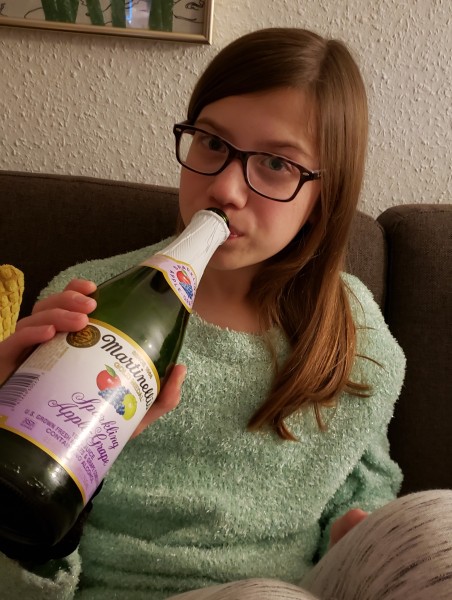 On New Year’s Day, we slept late and played at the playground while waiting for Jake’s family to arrive and get settled. 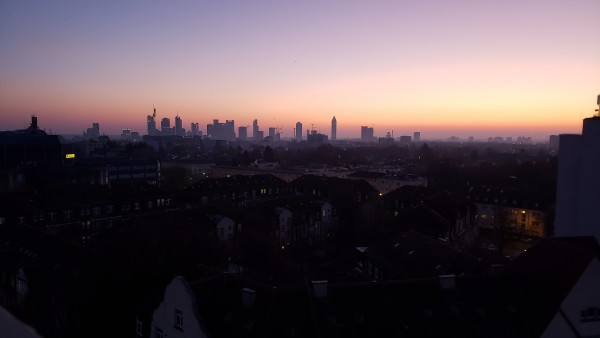