Our first day in Mesa we spent catching up with family. Carter spent it with Grandpa, working up the courage to touch the talking turkey. 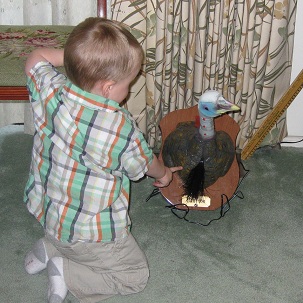 He also found this “bawk-bawk” to ride. It is a kleenex-box cover and he spend a lot of time riding it like a bucking bronco. He would get bucked off, then climb back on and do it again. 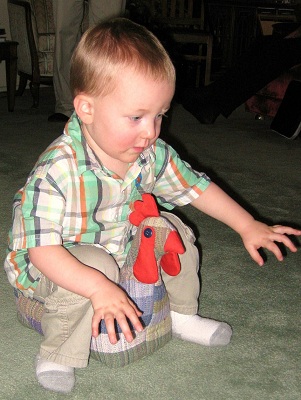 Saturday was the funeral. It was a really nice memorial of her life. All of her children were there. 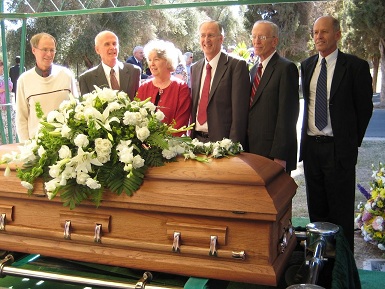 Most of her grandchildren were also able to attend.

That evening we drove over to Uncle Ray’s house to pick citrus and see the animals. Here are Carter and Uncle John looking at the birds. 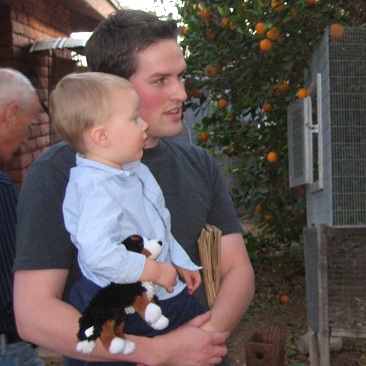 Carter and Grandpa looking at the turkey. 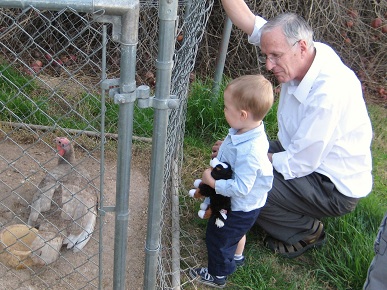 Aunt Allison and Grandpa trying to help Carter make friends with the little dog. One of the larger dogs gave Carter a kiss on the nose when he wasn’t looking; from then on he did NOT want to be put down! Eventually, he worked up the courage to pet the dog. 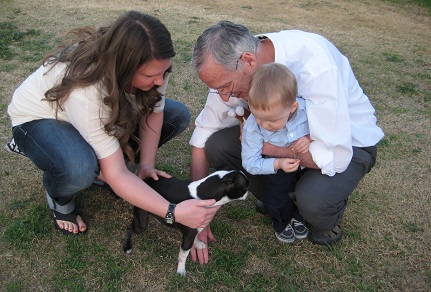 The turtle was more Carter’s speed! 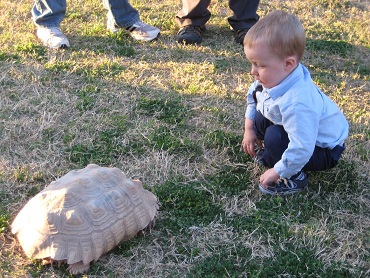 Sunday we walked to church in our short-sleeves, enjoying the sunshine. Then Monday morning we flew home. We had a great time visiting family. Carter never had any trouble finding a cousin to give him M&M’s from the candy dish. The living room always had at least a handful of late-teen- / early-twenty- year-old girls who couldn’t resist his little puppy dog eyes. He would climb up on their lap and the M&M’s would start flowing. I don’t even want to know how many that kid ate while he was there!