Sunday, February 14 the polar vortex dropped down into Texas and we saw significant snow fall and historically low temperatures. 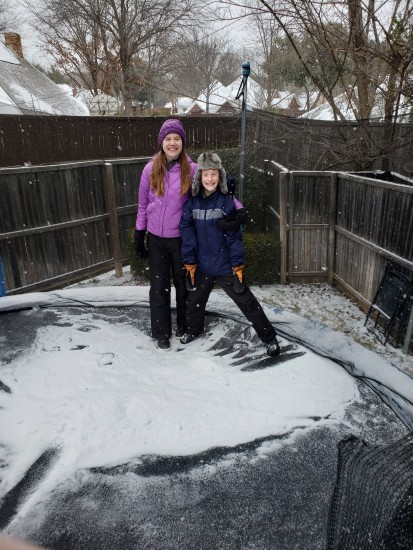 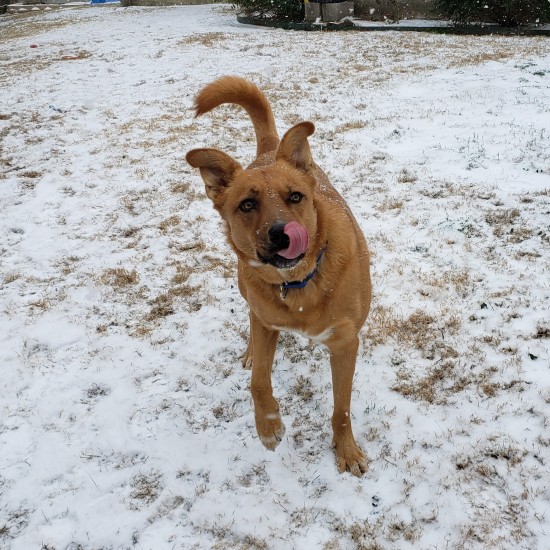 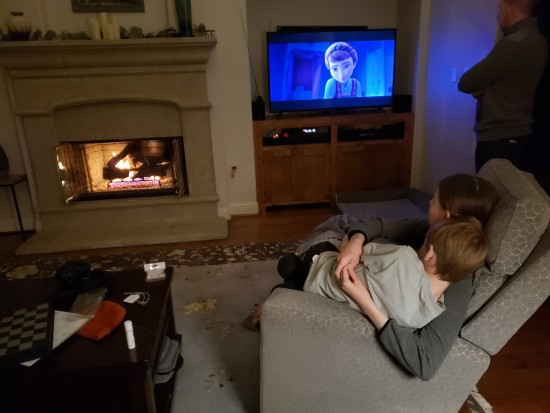 Monday, the power grid nearly collapsed — our house lost power around 5:30 a.m. and didn’t get it back until 9:15 p.m. Tuesday. Including the two subsequent short-term losses of power, we went without power for more than 40 hours while the temperatures ranged from 9° F when the power went out, to a high of 14° F on Monday, to a low of 3° F Monday night, to a high of 21° F on Tuesday, and finally a temp around 19° F when the power came back on.

Around 11:00 a.m. Monday we decided to pull out the generator to power the two small space heaters we own. We turned on our gas fireplace as well, but it isn’t really designed for outputting heat. Not to mention the 20-foot ceilings in that room are not conducive to heat retention. The three heat sources were enough to maintain a decent temperature in the house on Monday though. 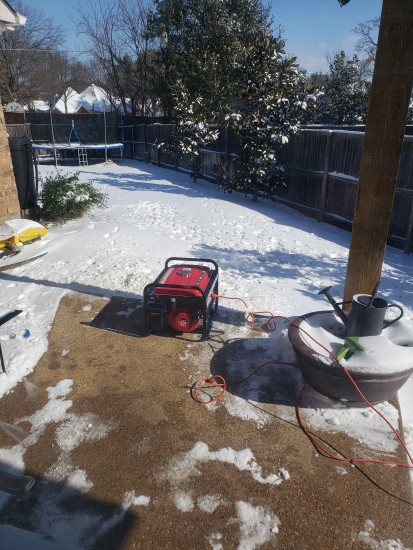 Daddy dug out his old circa 1995 Sno-Tube and by some miracle it still held air. We headed over to the elementary school for some legitimate snow tubing. 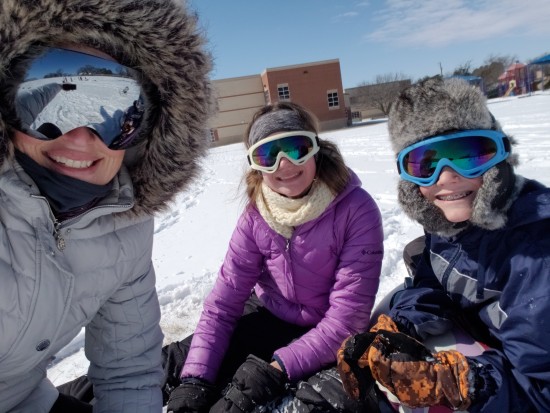 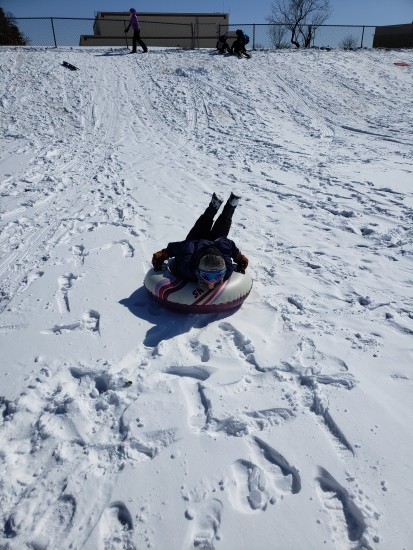 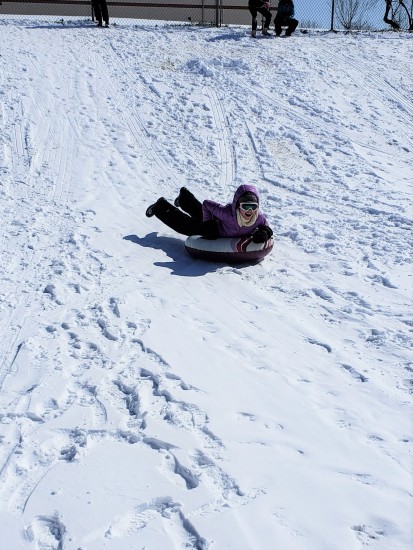 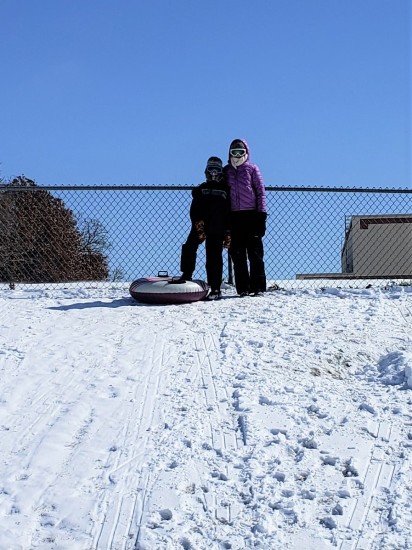 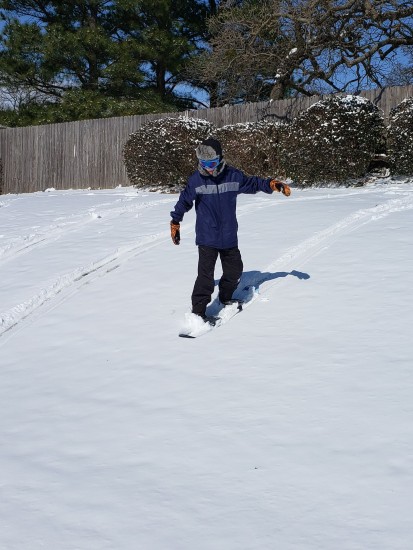 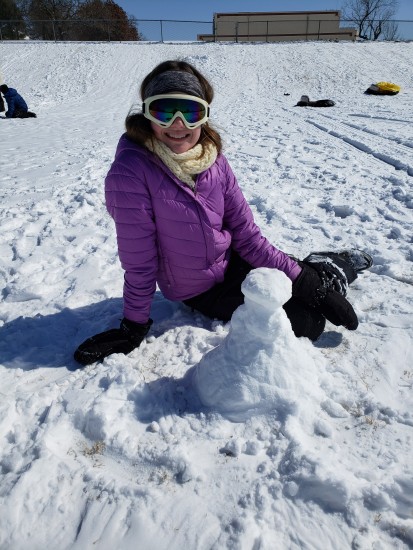 Monday night we put mattresses in our room for the kids so that we could put both heaters in that room and turn off the fireplace. We each snuggled down under a pile of blankets with the portable DVD players until drifting off to sleep. Not long after 10:00 the generator sputtered to a halt and we spent the rest of the night without any heat source. It turned out that the generator froze in the frigid temps out on the back patio and we couldn’t get it restarted until around 9:00 Tuesday morning, after the sun warmed it for a while. 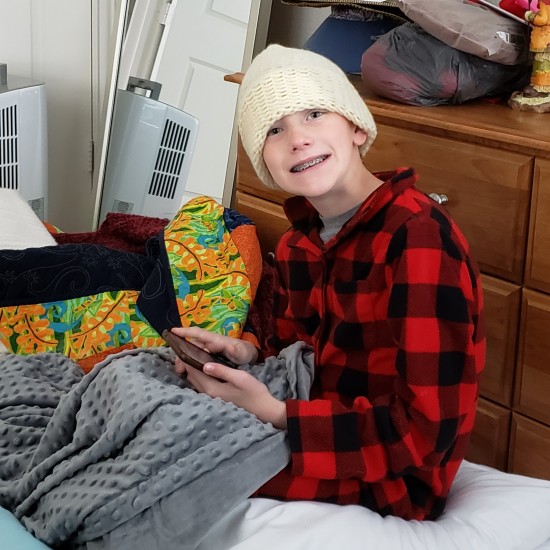 Needless to say, the house got COLD! It was somewhere around 40° F Tuesday morning but with the fireplace blaring and the space heaters cooking, we were eventually able to get the main living areas back up to around 50° F by the time we went to bed.

Tuesday morning I really, really needed a shower and I was not about to get naked and wet in our frozen house so I posted on the Relief Society Facebook page, asking if anyone with electricity would let us come take a shower at their home. The first person to respond was Leslie Horn, the Stake communications director who is actually in one of the Keller Wards but monitors each of the Ward pages and so had seen my post. Raine and I went to her home and showered in her guest bathroom just before noon while DJ and Carter kept an eye on the fire and generator. That afternoon, DJ and Carter went over to the Gottfredson’s home to shower. The Gottfredson’s offered us their 5 spare bedrooms for the night, but we decided to stay at our house in order to keep the heat on so the pipes wouldn’t freeze and because we didn’t want to leave Tucker in the cold. A second round of snow was coming Tuesday night so we didn’t know how the roads would be since they were already pretty snow-packed and icy.

We all went to bed early again on Tuesday night because that was the easiest way to stay warm. Carter had been watching a movie on the DVD player and then kneeled to pray and went to brush his teeth. He flipped on the light in the bathroom out of habit and swore it flickered. Sure enough, a few seconds later, everything came back on. I joked with Carter that he should’ve prayer earlier since the power came back on right after he prayed!