The day after Christmas we packed up and drove down to San Antonio to spend a couple days at SeaWorld. Raine and Carter are the perfect age to L*O*V*E SeaWorld so we had a great time.

The first day at Dolphin’s Cove, Daddy was the only one brave enough to feed the dolphins. 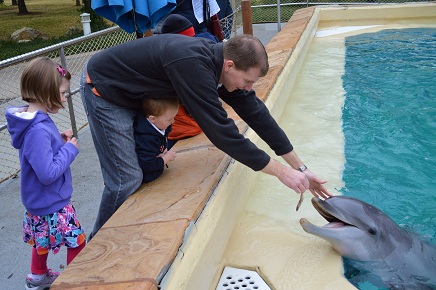 But the second day, everybody wanted in on the action. Although, they still didn’t want to pet them, just throw from a distance. I guess there was something about that mouth full of teeth that made them think sticking their hand too close wasn’t the best idea!

The shows were SPECTACULAR! We attended the Dolphin show and the Shamu show both days we were there.

The Dolphin show featured the dolphins, of course, but it also showcased beluga whales . . . 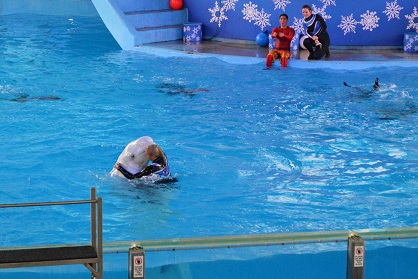 . . . and some HIGH-flying acrobatic divers. 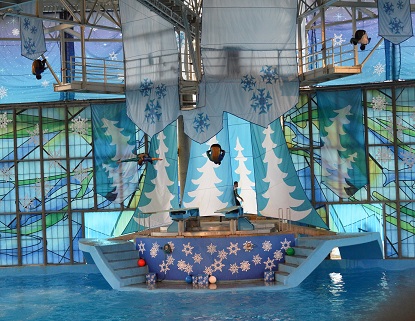 Here are a couple clips of the animal tricks. (Be warned, the video is shaky and the main action frequently happens just off screen. I was holding Raine on my lap and trying to direct her attention to what was happening, so sometimes I didn’t get around to checking the view-finder until after it was too late. Oh-well, it is good enough to remind us what it was like to be there!)

The Shamu show is the main attraction and it did not disappoint. 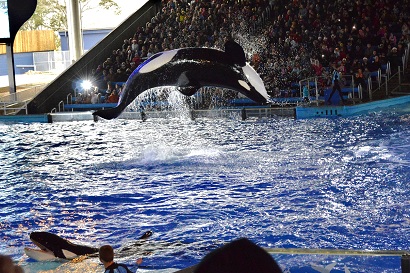 The first day we saw the show it was Unna’s 16th birthday. We sang Happy Birthday while they fed her two huge salmon covered with whipped cream — tasty! 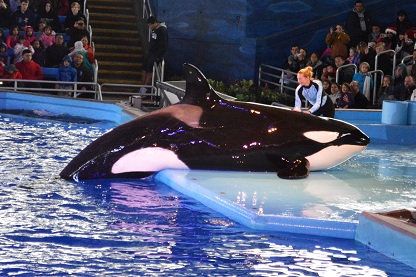 The Shamu show, unfortunately, is not as impressive as it was when I was a kid — or even the last time we went, four years ago. The trainers are no longer allowed in the water with the killer whales so you miss the interaction and thrilling jumps with the trainers on their noses. (The entertainment value, of course, is not worth the life of a trainer so it is an understandable change.) With all that said, it was still an exciting show.
I should also point out that the jumps are a little less thrilling when it is super cold outside. The second day it was substantially warmer and the whales jumped a lot higher and splashed the audience a lot more than during the frigid first-day show.

We also watched both of the Sesame Street shows — which the kids loved! 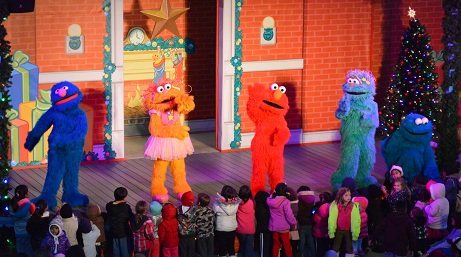 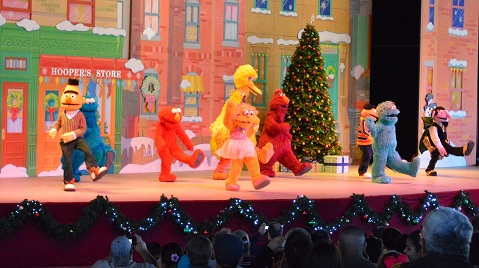 The entire kids’ play area was Sesame Street themed and these kids played for hours, both days. 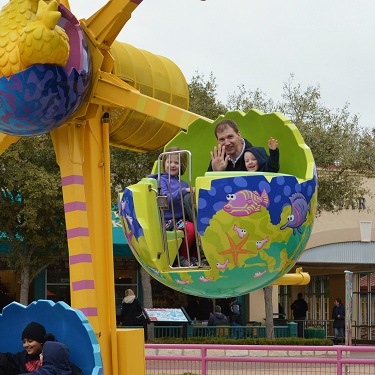 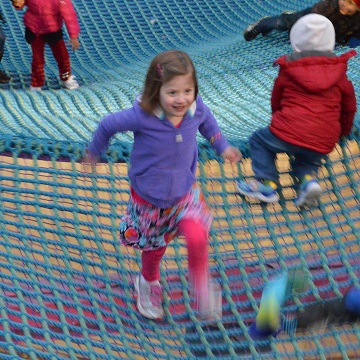 Raine was addicted to the Shamu Express roller coaster and went on it at least twenty times the second day. 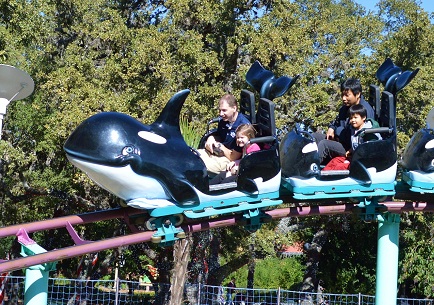 Carter rode it a couple times, but preferred the carousel. 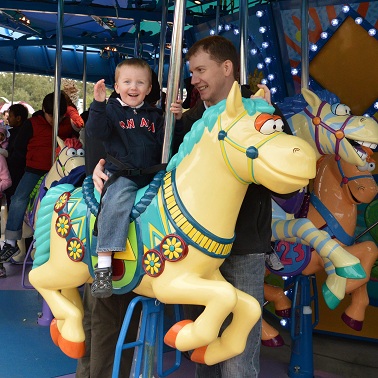 The Sesame Street characters roamed the park while they weren’t doing a show. Rosita was outside the window where we ate dinner the first day and Carter sat watching her the entire time. But then, she came inside. How did I know? Because all of a sudden, Carter was burrowing into my leg trying to hide! Raine worked up the courage to take a photo with her though. 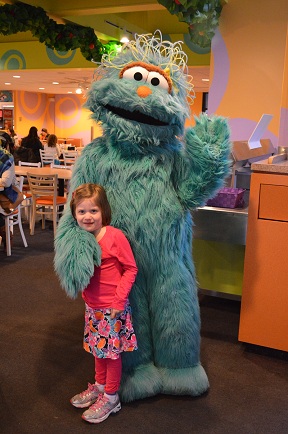 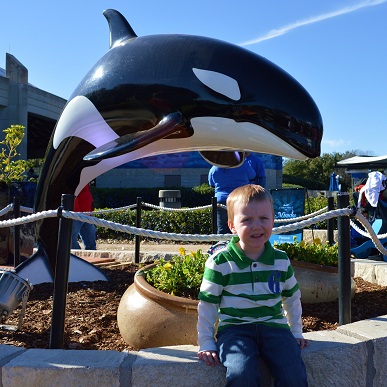 Saturday we stopped at the Miller family reunion for an hour on our way out of town. It was fun to see all my cousins and their kids — it has been a LONG time since I have seen most of them. Since we were off the standard route, we “had to” take the new toll road home . . . according to Daddy. 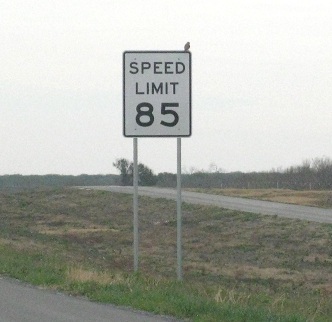 No, that is not photo-shopped. Now I see why he was so concerned about getting my car tuned up before our trip!