Raine is a fully-vested Santa Claus believer and was excited for the presents he would bring. She also knows the nativity story inside and out, and for months, she had been dressing up as Mary and dressing Carter as baby Jesus. The spirit of the season was definitely in the air around our house.

The excitement only escalated Christmas morning when the kids woke up to find a letter to each of them from Santa. They were sitting next to the empty cookie plate. Santa wrote them in response to the letters the kids sent him after the breakfast with Santa — apparently Sister Beal really did have connections to get letters to Santa! The big stack of presents under the tree didn’t hurt their excitement either. They couldn’t get Mom and Dad out of bed fast enough! 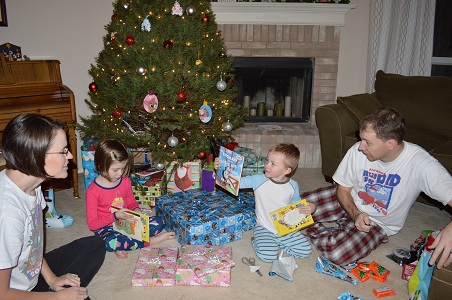 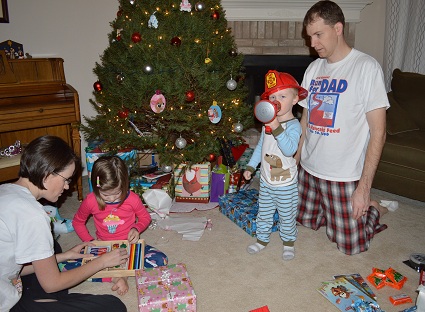 We took a break half-way through our present opening to have breakfast — fruit-topped Belgian waffles, yummy! Then it was back to the tree to finish unwrapping the gifts. 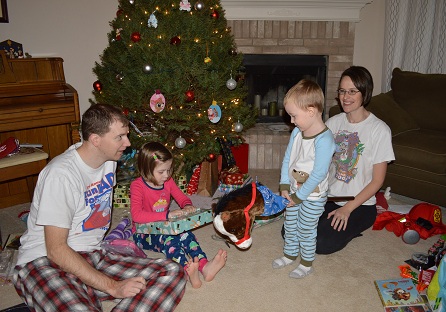 Just skating through the wreckage. 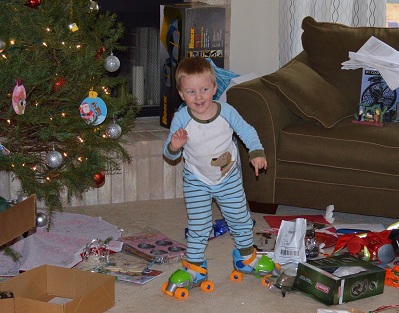 Then even more magic happened! For days, Raine has been talking about how it was going to snow on Christmas . . . after all, that is what every Christmas book ever written says happens on the big day. I kept explaining that here in Texas it doesn’t snow on Christmas, but she was convinced. So when the rain turned into big fluffy snowballs floating down from the sky, I excitedly called to Raine and Carter and sent them to the window to see it. 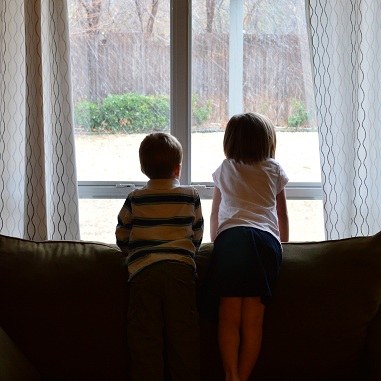 I didn’t expect the snow to stick on the ground, and certainly not to accumulate, so we took pictures to remember it. 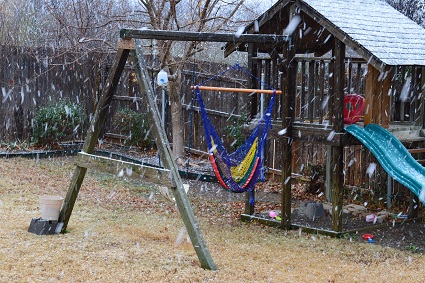 But then it kept coming and kept accumulating until we had enough to make a snowman . . . sort of. Can you see it down there between them? It wasn’t good packing snow so it is only two snowballs high, but it was the greatest snowman these kids have ever built and they were thrilled. 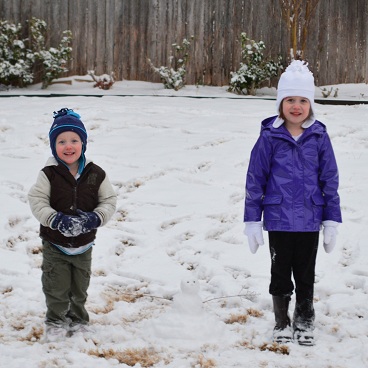 I didn’t expect them to stay outside very long in that frigid weather, but they threw snowballs out there until their noses were pink and their toes were like little popsicles. 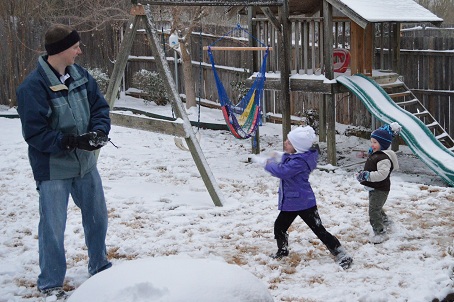 It certainly made for a magical day!