The first few days of April, I had a trial skills training in Austin. Carter came down with me and Grandma Anderson flew in to keep him occupied while I was in training. I’m not sure where all they went, but they sure had fun.

Carter was set on trying out the swimming pool . . . even though it wasn’t heated. Grandma watched from the side! 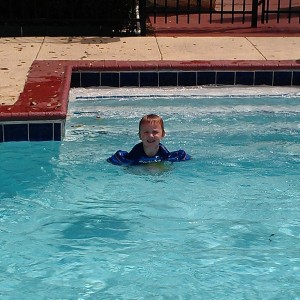 The second day, they went to the Children’s Museum. 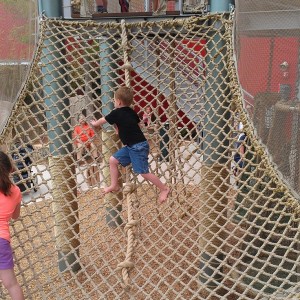 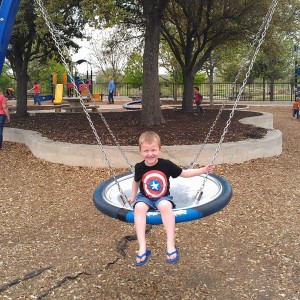 That evening we drove downtown to the Capital Street Bridge to watch the bats fly out. 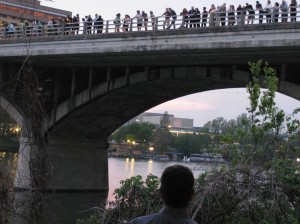 Day three they played at Zilker Park and rode the train. 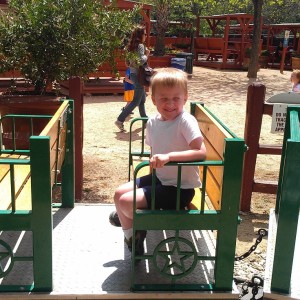 Carter had so much fun with Grandma. He loved having her all to himself! He was maybe even a little TOO comfortable with Grandma. One afternoon he had just wiped himself after a bowel movement and came waddling out of the bathroom with his pants and underpants around his ankles. He turned around, stuck out his backside, grabbed both cheeks and asked Grandma if he had gotten it all! Ahhh, the inhibitions of a three-year-old (or complete lack thereof)!