The second day of our vacation we visited Sea Turtle Inc and the Birding and Nature Center. 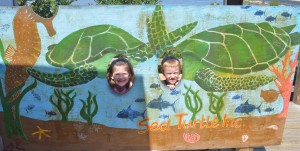 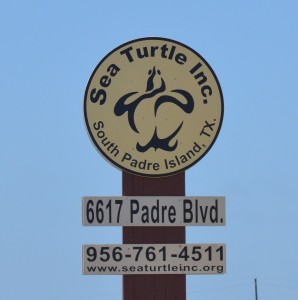 There were a number of tanks with injured sea turtles. One even had a prosthetic flipper because it had lost three of its four flippers and could only swim in circles. This one had an infection in what they believe is a boat propeller wound. 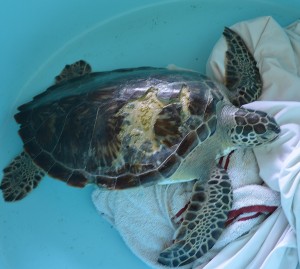 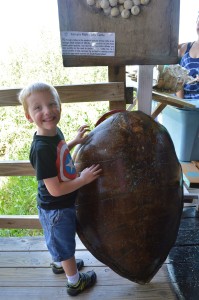 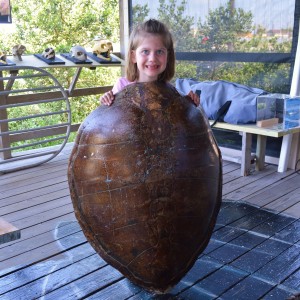 Gerry the Atlantic Green isn’t injured, but has been so socialized with humans that he can’t be released. He played peek-a-boo with the kids for twenty minutes or more. Carter couldn’t get enough of him. 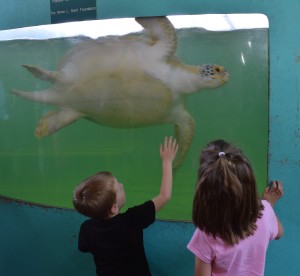 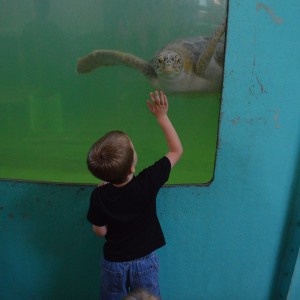 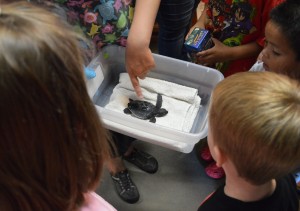 After the sea turtles, we went next door to the Birding and Nature Center. We walked the boardwalks and saw all sorts of birds. 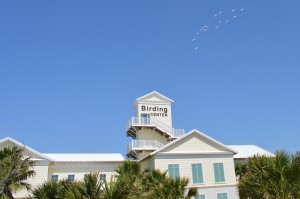 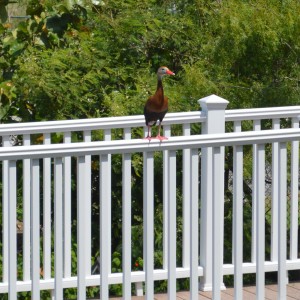 Raine really wanted to see an osprey while we were on the island so we asked the staff if they knew of any and they pointed it out for us. 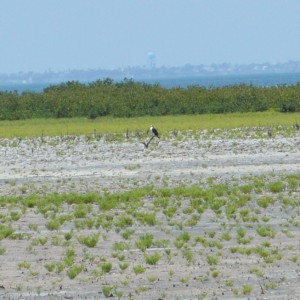 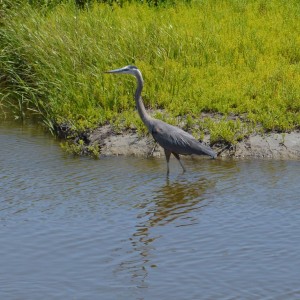 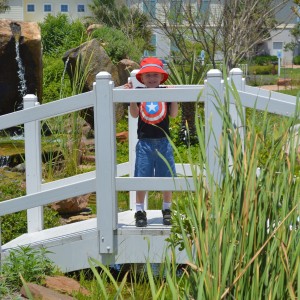 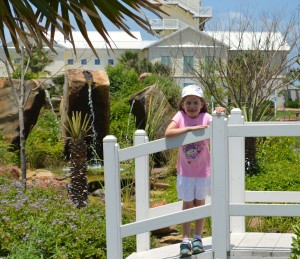 Here is a look at part of the boardwalk from the top of the tower. 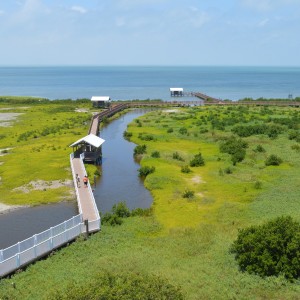 After exhausting the kids with all that walking, we headed over to Black Beard’s for a fishy lunch and ice cream sandwiches. 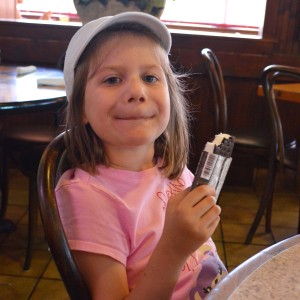 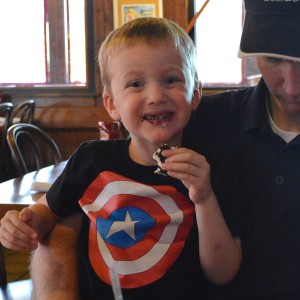 Later in the afternoon, we went north to beach access #5 where cars are allowed onto the beach. We continued north between the sand dunes and the surf until we found a good spot to hunt for sea shells. It was a fun drive, but we decided that the beach was nicer down by our condo; we returned home and swam in the ocean until dinnertime.