Thursday, we started the day with a swim in the condo pool. 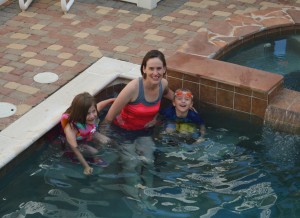 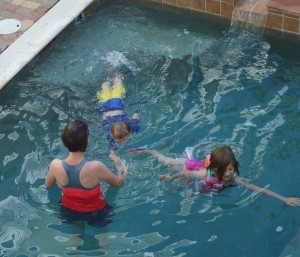 Carter loved that he could swim the entire width of the pool. He is really getting to be a good little swimmer. He can come up for a breath and then keep on swimming. 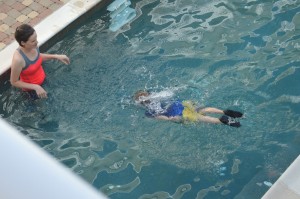 After lunch we headed to the boat docks for a dolphin tour. We played on the KOA playground while we waited. 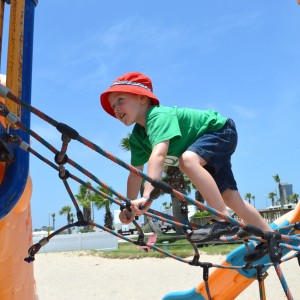 A little snack while waiting to board the boat. 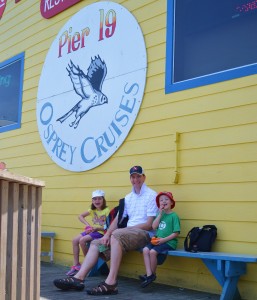 Our boat was called the Osprey. 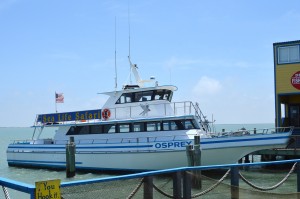 First thing we saw out in the bay was the US Coast Guard and their enormous gun! 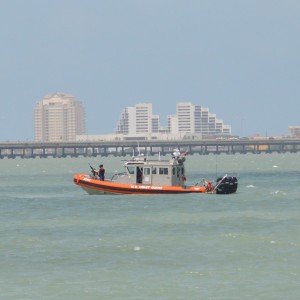 It was an eco-tour, so they drug a net to see what they could find as we crossed the bay. 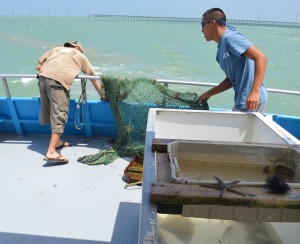 They pulled up a couple different types of rays, including this sting ray. The deckhand removed the barb and then let the kids touch it. 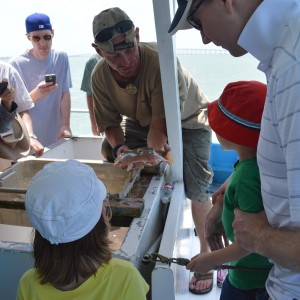 There were a number of sea stars in the net. Raine wanted to hold or touch everything she could. 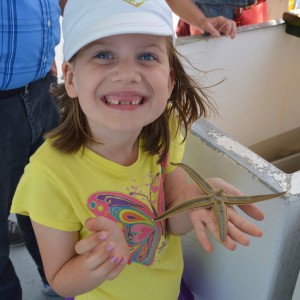 Carter, on the other hand, didn’t want to hold anything. 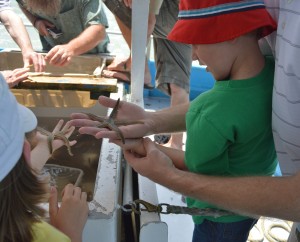 Some of the other things we saw included a sea cucumber, a squid, a crab, a sea anemone, a catfish, and a number of other fish. We learned all sorts of interesting facts — we saw the catfish shred an aluminum can with its flipper, that was pretty cool!

A flock of brown pelicans. 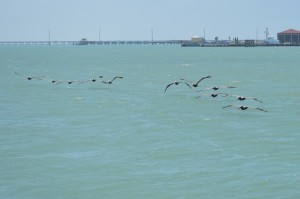 When it was time to see dolphins, we made our way back up to the front of the boat. 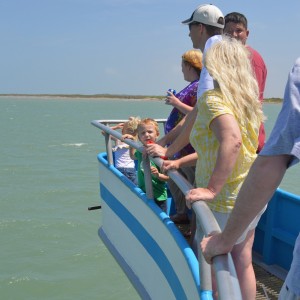 Soon enough, we started to see them. 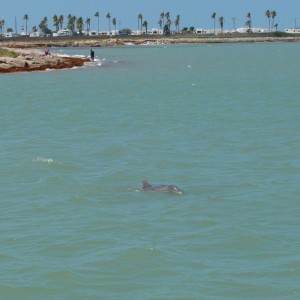 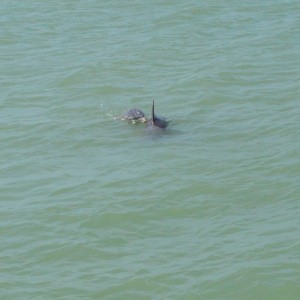 This is a short video of a couple dolphins as well as Raine helping the deckhand throw back the sea life found in our net. (I wish I could say that no animals were harmed in the making of this eco-tour, but as you already saw by the sea star and will see in this video, that simply was NOT the case. There were a number of seagulls following the boat, waiting for anything that was too stunned to swim away!) 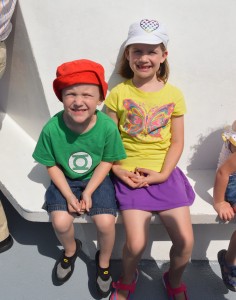 A nice view of the beach on the ocean side of the island. 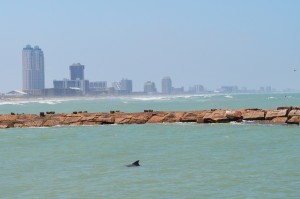 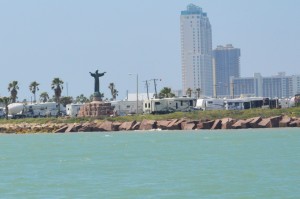 That afternoon, we walked down to eat gelato at a little shop about a block from our condo. Then for dinner we headed to the Shrimp Haus. Those fresh gulf shrimp were yummy! 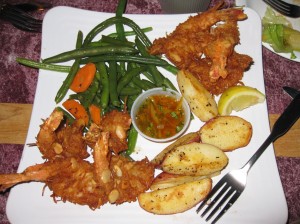 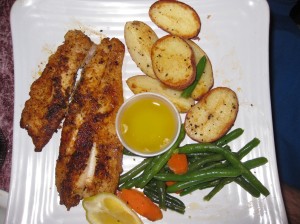 The view from our table. 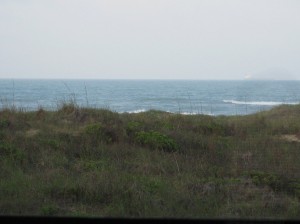 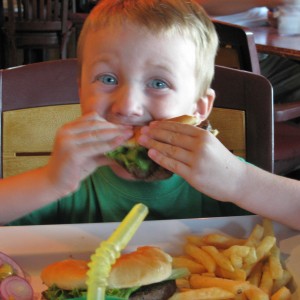 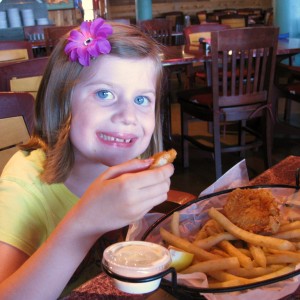 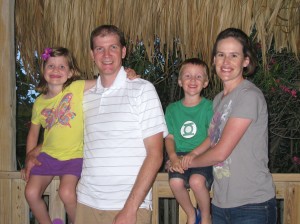