Saturday, the sixth day of our vacation, we left San Antonio and drove north to the Natural Bridge Caverns — an extremely commercialized, easily accessible cave with some amazing formations. The cavern gets its name from this “natural bridge” over the entrance. 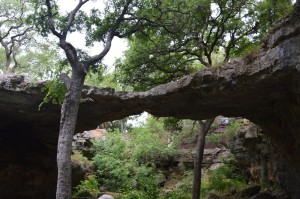 There was a concrete path with handrails throughout the cave as well as lights on each formation, trash cans, and benches. It was hard to imagine what this would have looked like in its natural state because of all the conveniences, but the formations were untouched. We reached a depth of 180 ft during our 1/2 mile hike.

The rooms of the cavern were enormous and the formations stretched from the ceiling to the floor. Those people on the far side of this photo give it a little perspective. 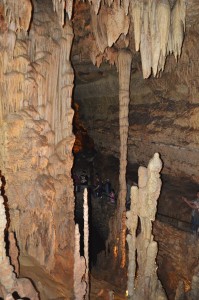 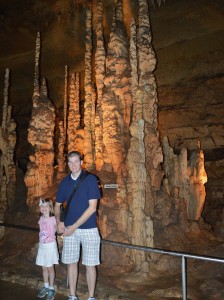 The photos don’t even begin to capture how incredibly other-worldly the formations are. 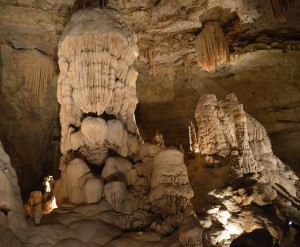 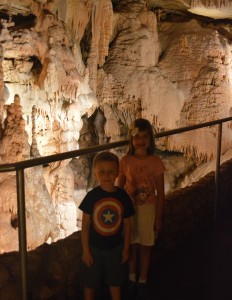 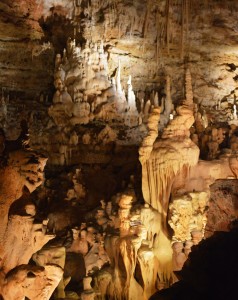 After we resurfaced, Raine wanted to climb on the canopy. Carter didn’t want to, so we ventured over to the gift shop to try the fudge! 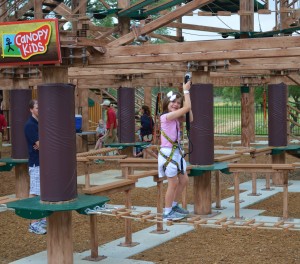 After a week of fun and sun, we finally made it back home to sleep in our own beds! This was a vacation that I’m sure we will do again sometime.