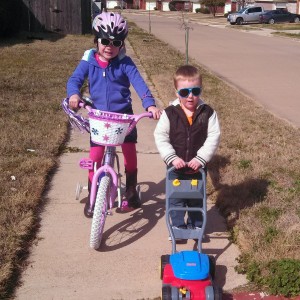 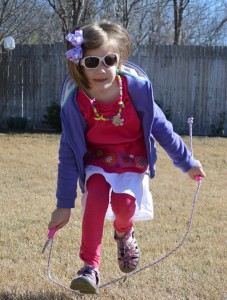 Disclaimer: I’ve said this before, but it is worth repeating: I DO NOT have any say in Raine’s outfits! 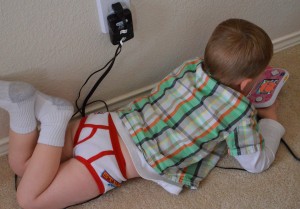 3/1/13: I have zero fashion sense. I admit it, I embrace it, it works for me. Raine . . . well, she has her own sense of style. I have decided to steer clear of it because I know I would just stifle it. So this is what she wears: boots, hot-pink leg warmers, stripes with prints, and a sequin tiara to top it all off! 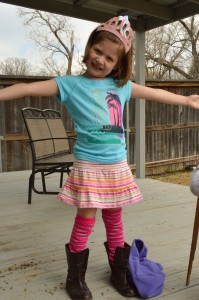 3/1/13: Playing together out back — their favorite thing to do. Usually, Carter is the dog and Raine is the mom. 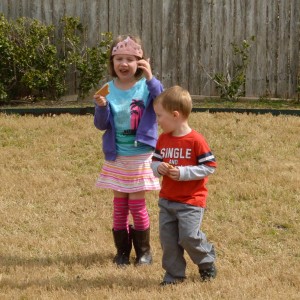 2/7/13: Carter has started putting holes in the knees of his pants. This is officially the first hole . . . the first of many, I’m sure. 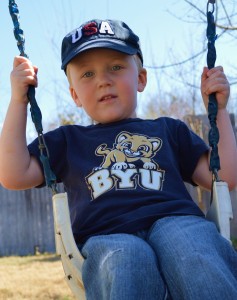 Raine is such a social butterfly. Her teachers are constantly telling me how much her classmates all love her. I picked her up the other day and at least eight of them had to give her a hug before she left.
2/27/13: she brought home a whole stack of papers that her classmates had colored for her. These are the portraits of her that some of her friends drew. 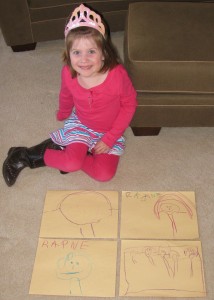 Carter is definitely NOT a social butterfly. He refuses to say a word in social settings — school, nursery, the grocery store. So imagine his teachers’ surprise when he busts out singing “We wish you a Merry Christmas” during lunch the other day. He sings constantly at home — “We Wish You a Merry Christmas,” “C is for Cookie,” “ABC’s,” and “Row, Row, Row Your Boat” are his favorites. They are always sung way off pitch, with his voice cracking, and with dismal pronunciation . . . but oh so cute!
1/17/2013: Give the kid a ball, however, and watch out! He will be your best friend if you have a ball. 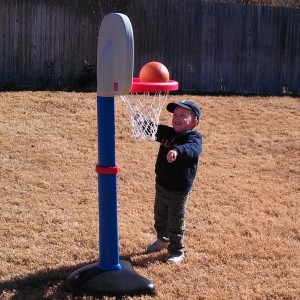