The team he plays on is brand new, so the first game on 6/10 was pretty rough! 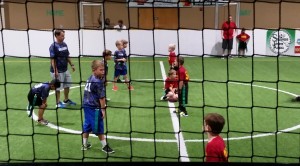 But the second game… well, what a difference a week makes!

The video captured it all. Carter forced a turnover by pulling the flag before the little guy on the other team crossed the half-line on the 4th down (they get 4 downs on each half of the field). Then on the very next play he ran down for a touchdown. His very first touchdown! The next bulldog possession he ran the full length of the field for another touchdown.

Earlier in the morning, Raine had her first volleyball game. Raine was not begging to play volleyball. In fact, I forced her to play! She attended a three-day camp the week after school let out, and she decided that she still hates volleyball. So I “encouraged” her with the promise of some praying mantis eggs if she gets 400 good passes or serves this season (that breaks down to 25 per practice and 25 per game). So far, we have had to practice in the backyard after practices and games in order to get the other 20-24 good ones — this sport definitely doesn’t come naturally to Raine! 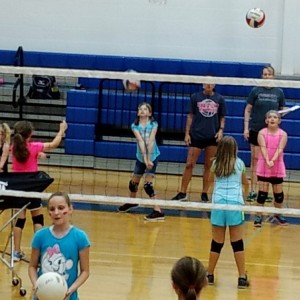 At the game, I volunteered to be a line ref and the last words I said to DJ were “make sure to take some pictures.” Well, once again Raine has no photos to document her athletic endeavors!!! Maybe next game. 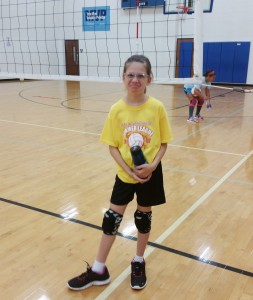