Raine has become a pretty good little goalie. She is generally the best on our team — at least when she is trying — she is able to stop most balls that come her way. She knows when to kick it and, usually, when to pick it up. We’ve been working on her punting (drop-kick) lately so that she can move it further down the field after picking it up. Last season, someone (not Raine) was playing goalie and punted it right over her head and into our goal! Ever since that, I’ve told the goalies to stick to throwing it out. If Raine keeps practicing though, I may let her punt here pretty soon. 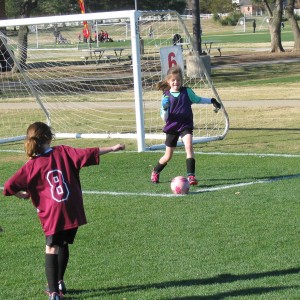 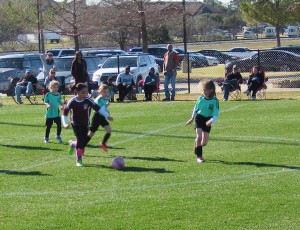 Carter has come a long way since last season as well. He has finally decided that he will run around the field! 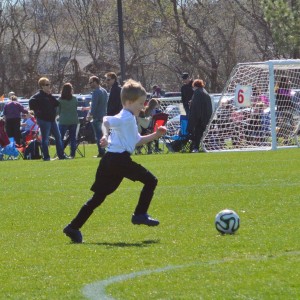 Here he is on “fast” break, heading down the field. 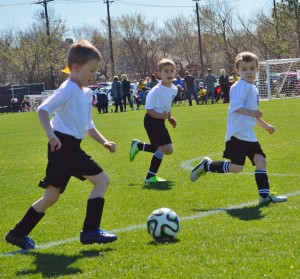 Carter is a pretty good little defender as well. 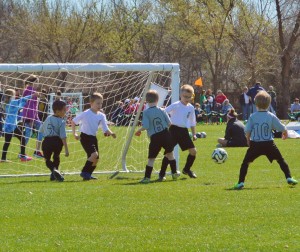 Daddy has taken over as head-coach of Carter’s team this season. 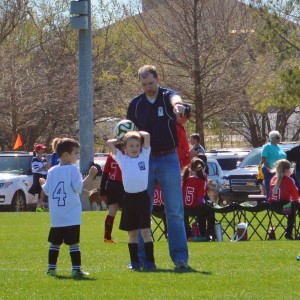