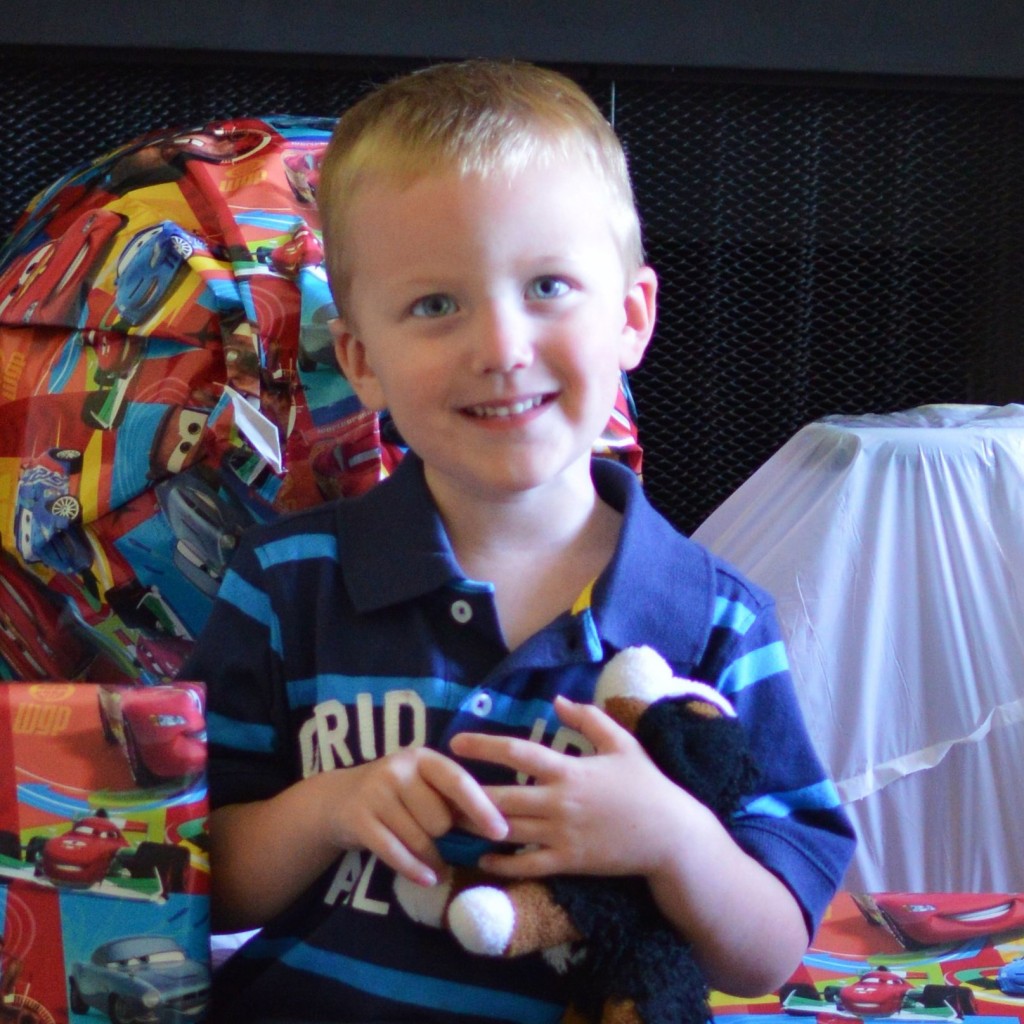 To celebrate, we went to the water park and met up with a few of our friends. Carter swam by himself for the first time that day — he is such a fish! I have been giving the kids swimming lessons this summer, hoping that Raine would be able to swim by the time the summer was over, but Carter has been the one to really excel. His complete lack of fear in the water is definitely an asset in this respect. Here he is swimming between Daddy and Raine.

Carter’s FAVORITE thing to do, however, is to splash! 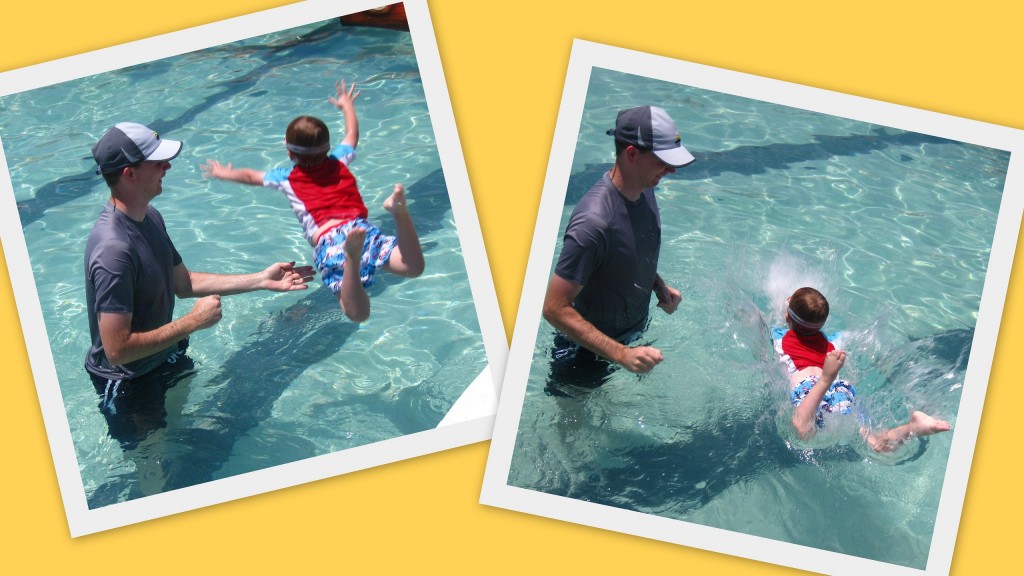 Here is a video of his swimming and splashing.
(It also captures Raine’s progress toward swimming — tentatively sticking her mouth in the water to blow bubbles — not quite what I was hoping for at this point, but it’s a start! Ignore me repeatedly asking her to blow bubbles when she was already doing it, it was so bright that I couldn’t see her face in the camera display before repeating myself.)

After we were sufficiently fried by the sun at the pool, we headed home to open presents. Carter loved the Mack car carrier and Lightning McQueen that Grandma/pa Dewey gave him. 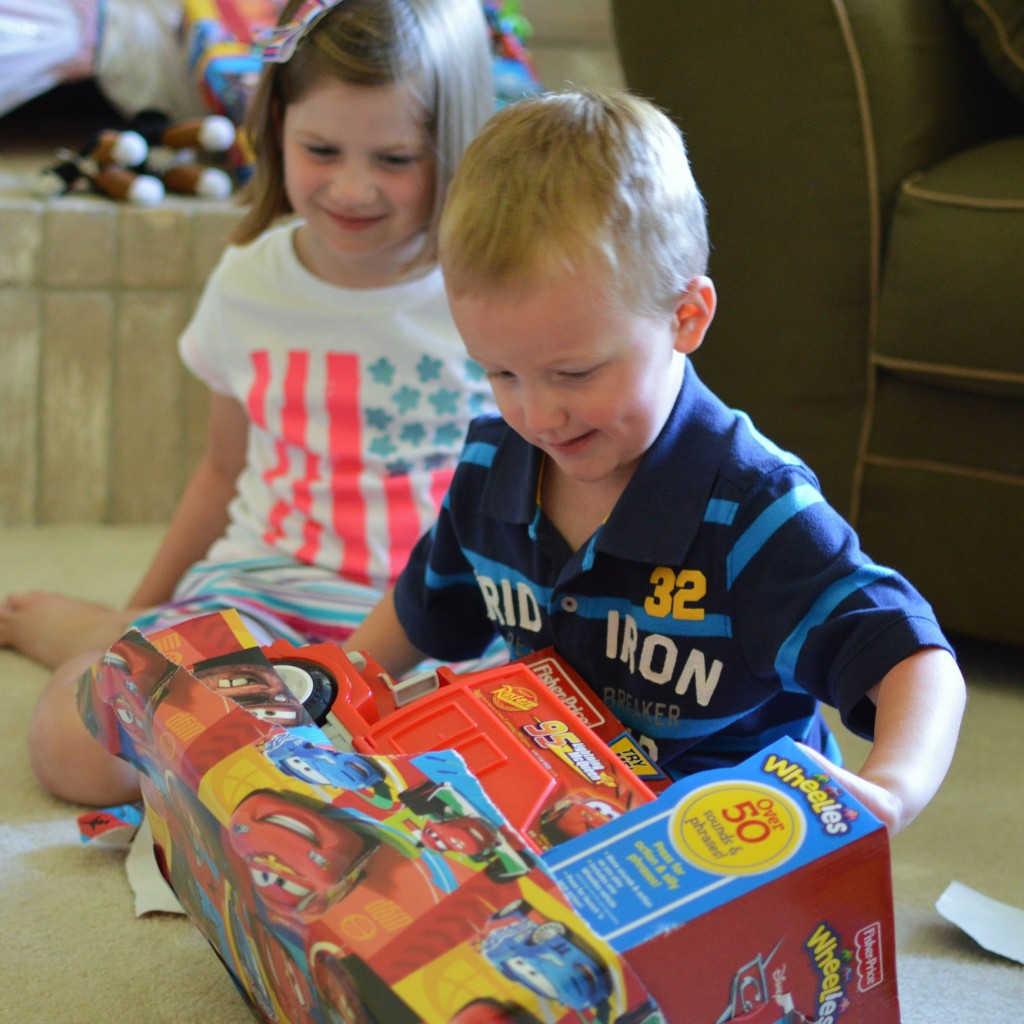 Raine knew just what Carter wanted: a BALL!!! Every time a box came in the mail, Carter would tell me that he was sure there was a ball in it for him.

Carter wanted hamburgers for dinner, so we headed over to 5 Guys. 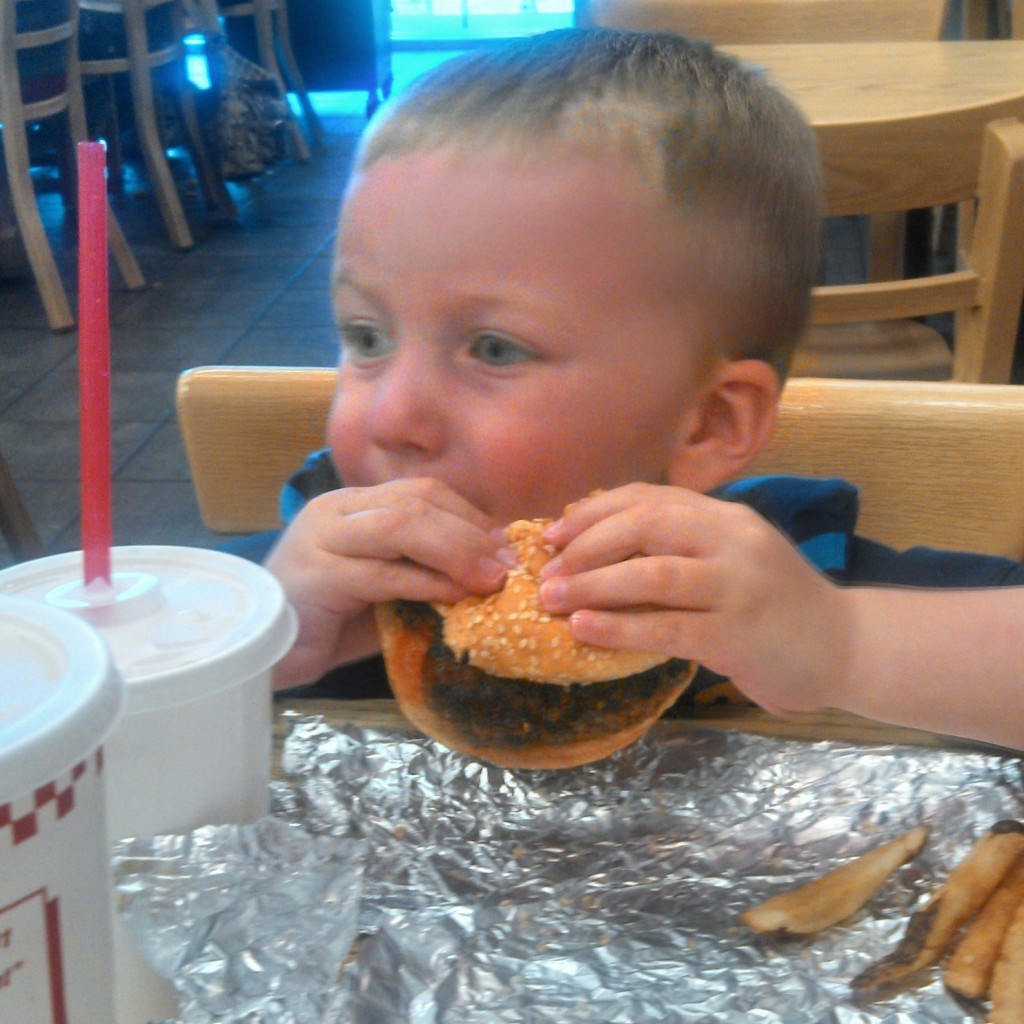 Then we swung by the church to try out Carter’s new plasma car — fortunately, the AC repairman was there and had the gym nice and cool for us! 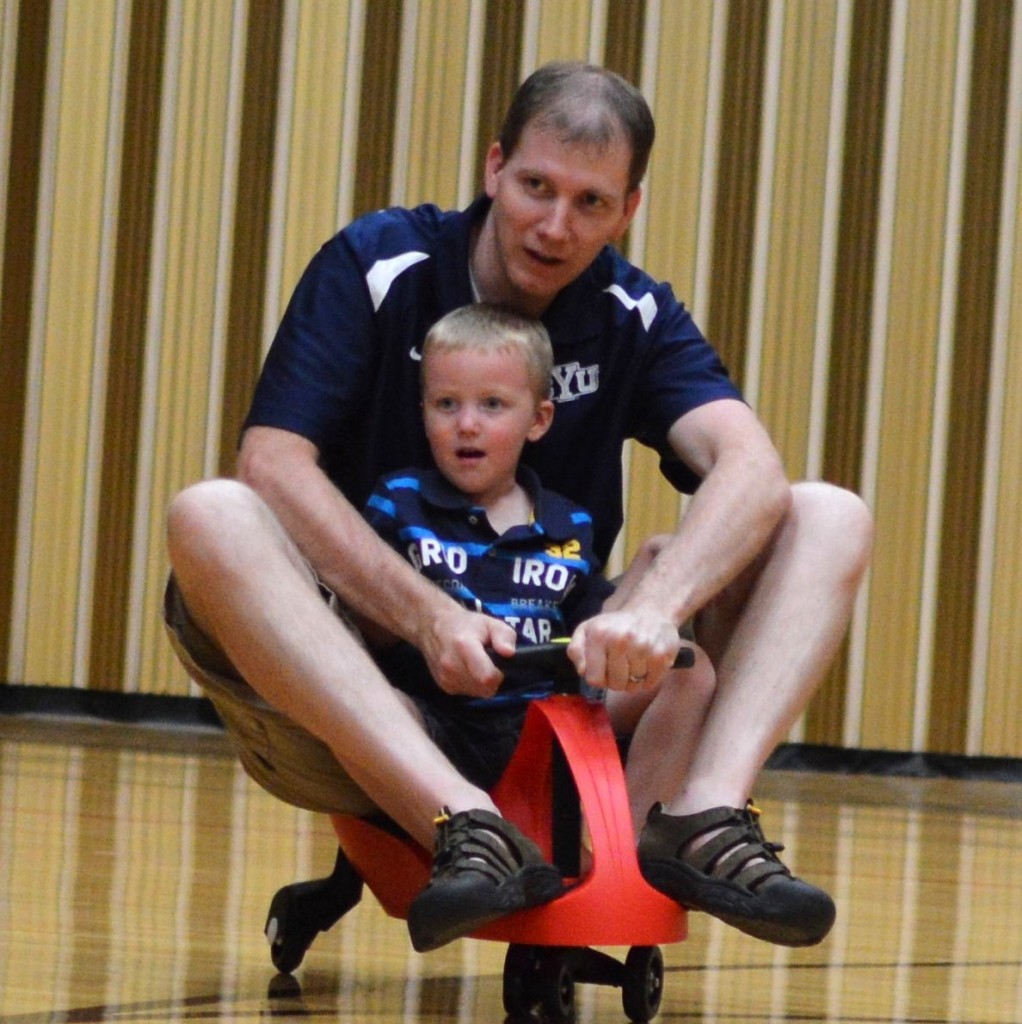 This was Carter’s preferred source of momentum! 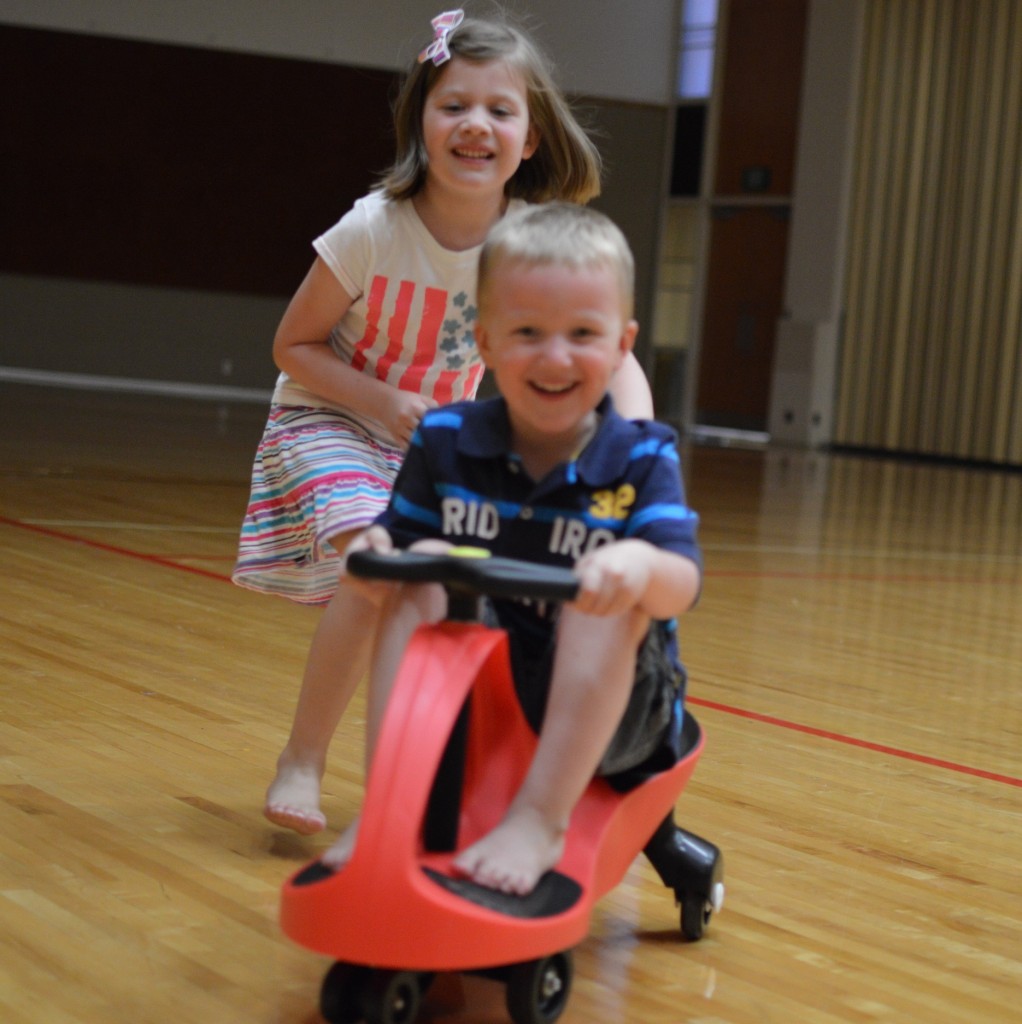 There was also a little basketball going on.

And finally, it was time for cupcakes. Carter wanted worms on them. 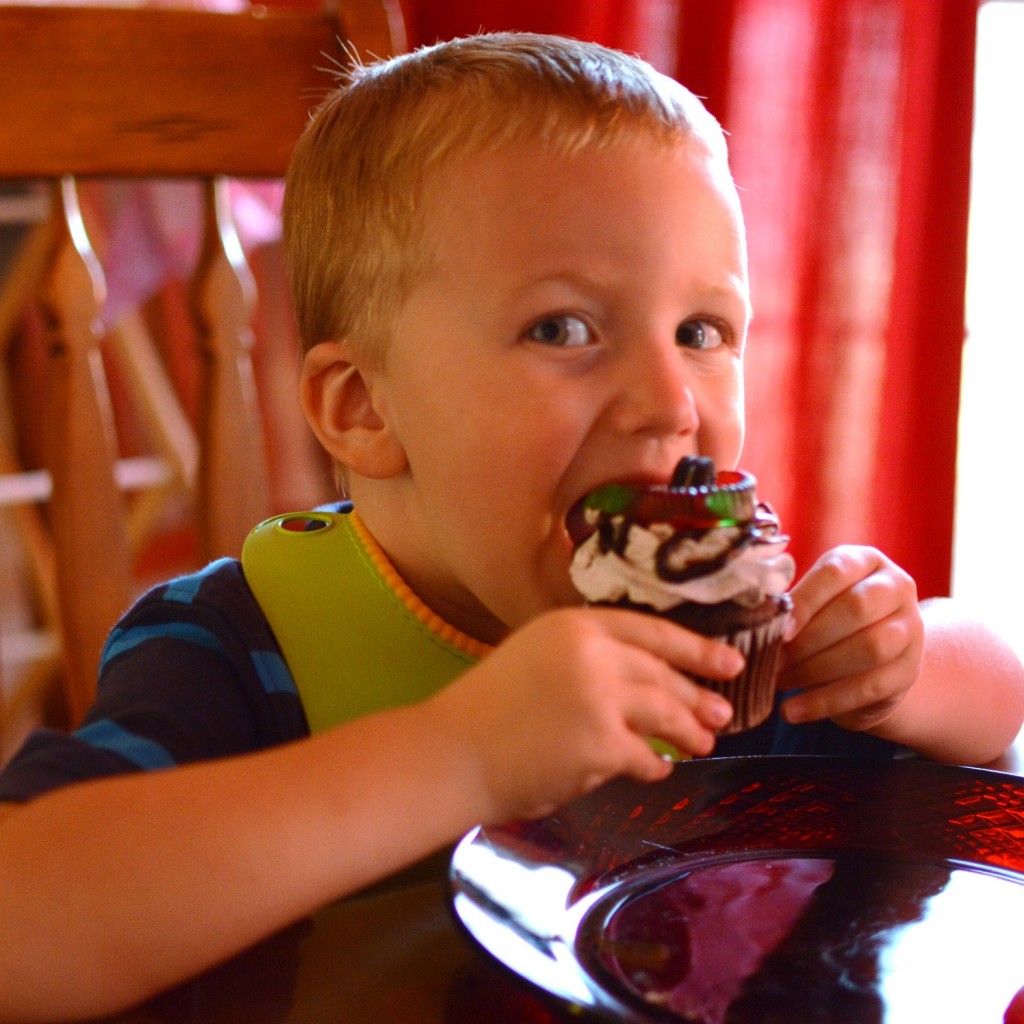 A few notes about Carter: